Birds are some of the most fascinating creatures in the animal kingdom. Birds are simply captivating and a fascinating subject to study regarding diversity and characteristics.

Some of the most charming birds are those with long beaks and colorful bodies. When you see them in their natural habitat, it is impossible not to be amazed.

If you are one of those who are genuinely fascinated by the birds then this article will satisfy your interests.

Long Beaks help birds eat food, and find seeds or fish, especially when winter is coming. These fantastic creatures that possess long bills use them to search through water, sand, and earth more efficiently.

Let’s discover some fascinating birds with long beaks, and explore their main characteristics. 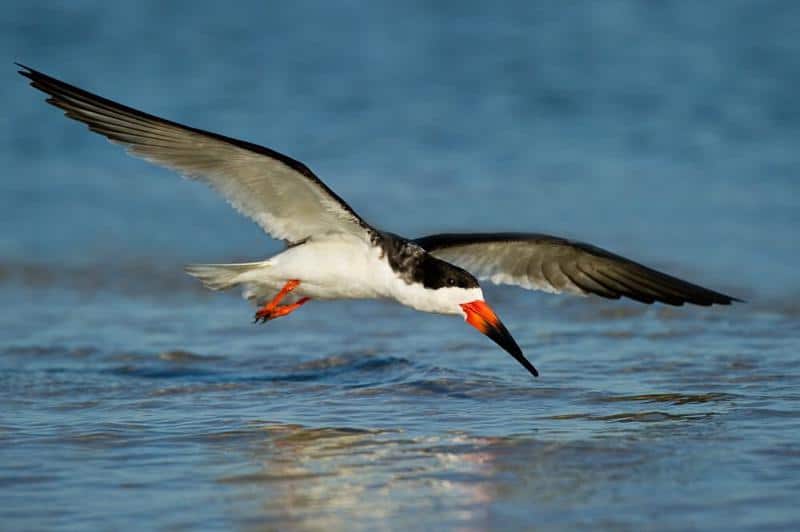 The Black Skimmer has one of the longest bills among all American birds. The beak is large and narrow, with the lower mandible extending past the upper mandible.

Thanks to these features, the Black Skimmer’s beak is ideal for catching food.

During flight, the Black Skimmer will dip the lower mandible right into the water so that it can catch fish in seconds.

The Skimmer is a native species in South and North America. 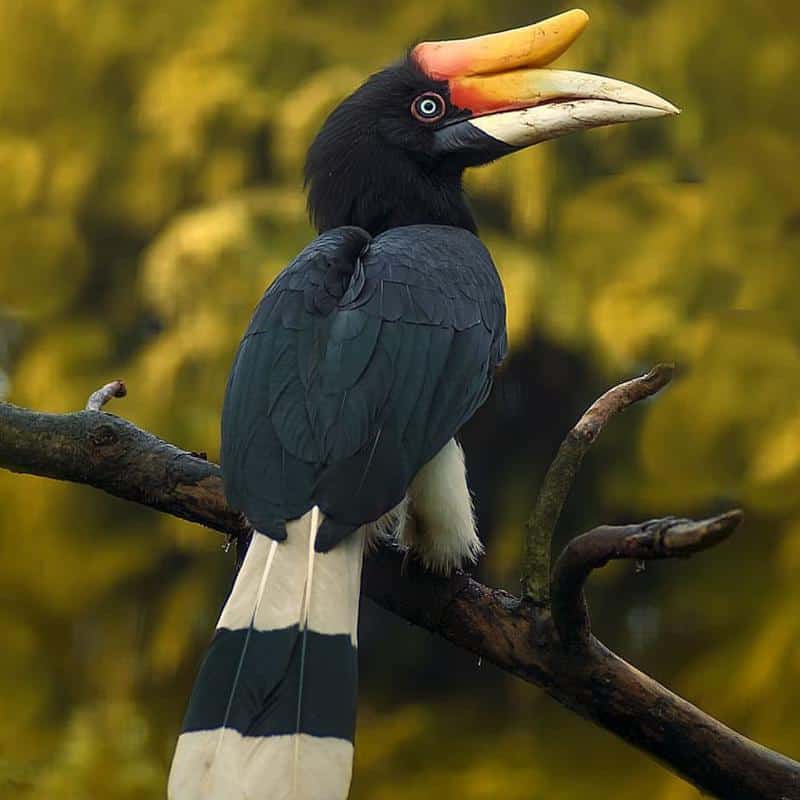 The Rhinoceros Hornbill is one of the most impressive-looking creatures in the Animal Kingdom. If the name sounds unique, wait to see the unbelievable bill this bird has.

Right on top of the beak, the bird has a casque feature, with a striking upward curve that looks very similar to a rhino horn.

This robust bill is used for reaching through thin tree branches, while the unique casque resonates the voice chamber to amplify the bird’s loud songs and calls. 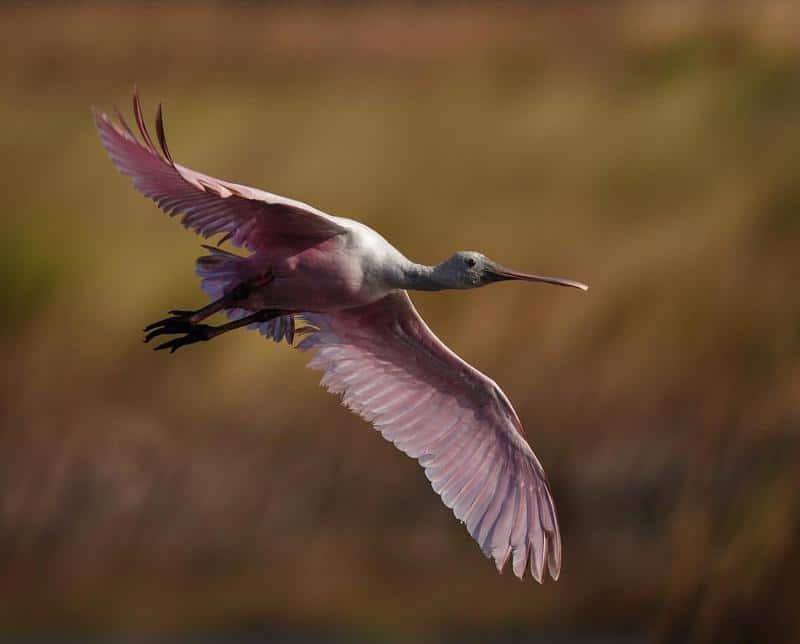 It will be pretty easy to guess where the animal’s name comes from if you notice this bird. The roseate spoonbill is one of several species of spoonbills, but the only one that comes with this peculiar beak.

The specially shaped bill helps the bird in feeding in coastal waters and shallow freshwater.

As it walks, the bird will move the bill from side to side in the water so that it can strain all the tiny food pieces, like aquatic insects, small fish, and crustaceans. 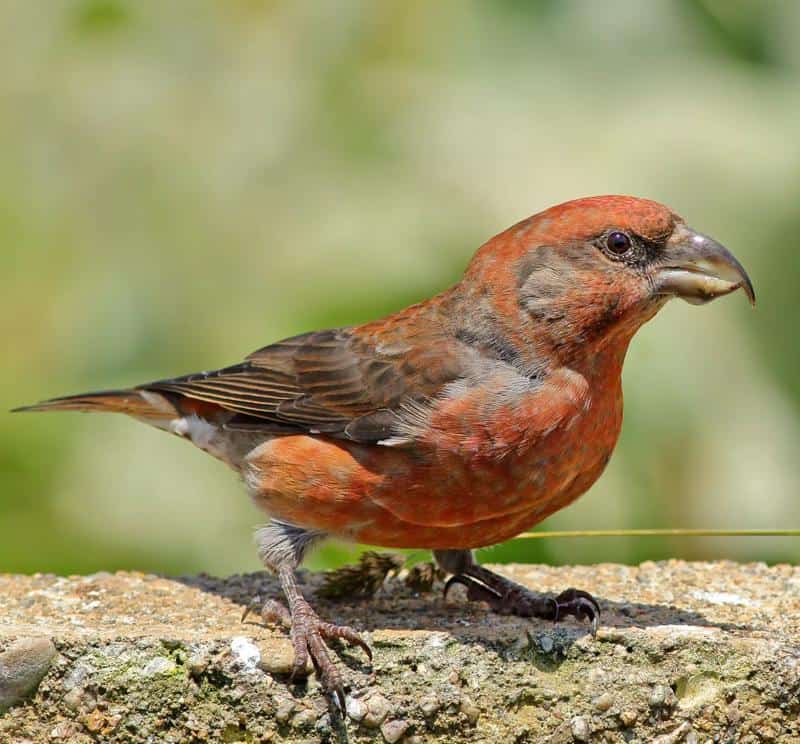 The red crossbill features a bill that some might consider a natural deformity. But for this species, it provides the ideal way to procure primary food sources like seeds.

The red crossbill can even reach tightly closed cones due to the unusual shape of its bill. The bird pokes the tips of the bill right under the cone scale to expose the seeds then eat them. 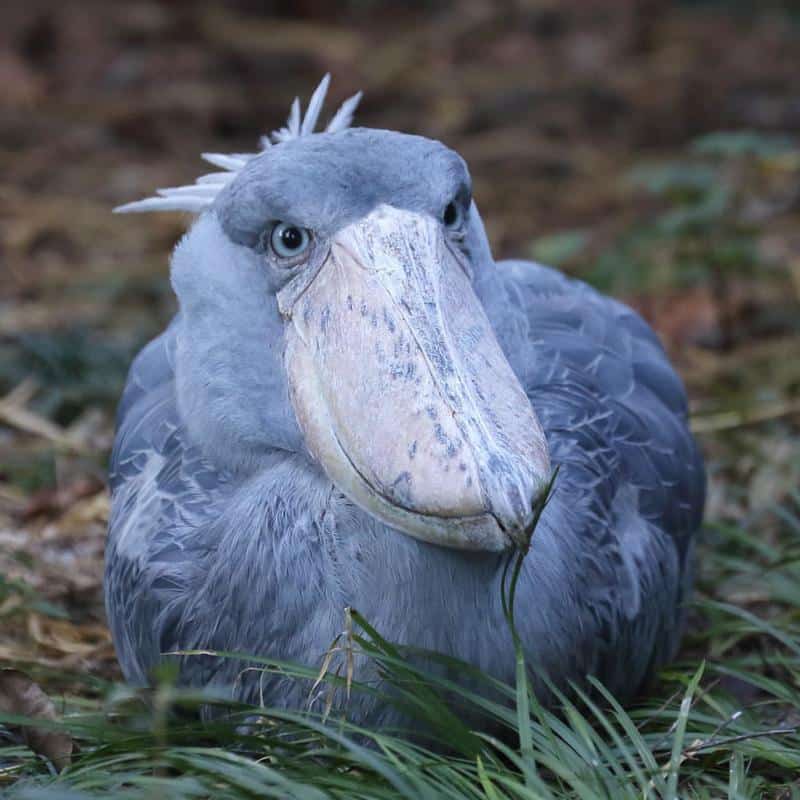 Just like the spoonbill, the Shoebill possesses its common name for obvious reasons. The stork-like bird has a beak shaped like huge shoes, which is the characteristic feature of this creature.

The very sharp edges of the mandibles helps the Shoebill procure its food, kill the fishy prey, and discard any vegetation it accidentally snaps up.

The beaks have a sharp hook right at the tip, so they can grip, pierce, and crush the prey all at once. Needless to say that the bird is as tough as it looks. 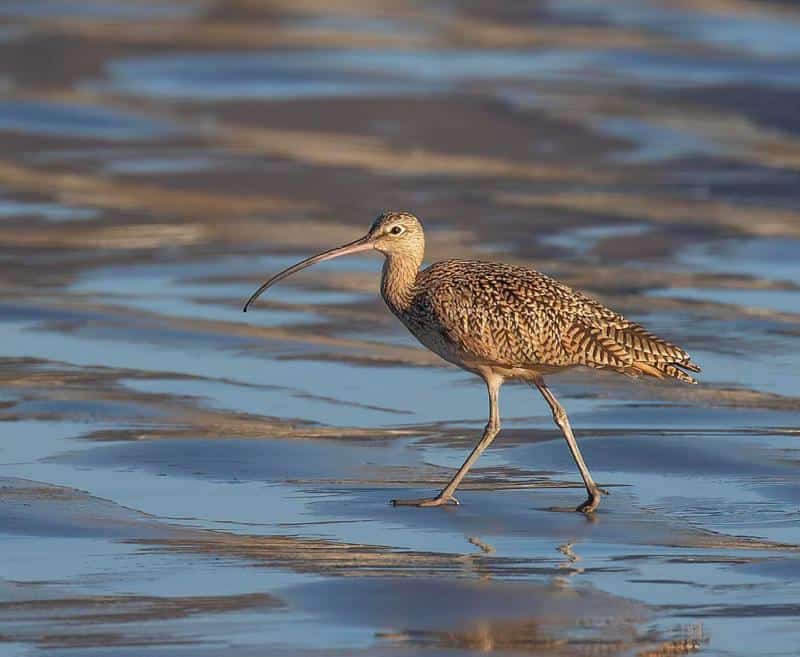 The long-billed curlew is a North American bird that will spend winters on the coast, then breed inland on grasslands. The long beak is well-adapted for both environments. It helps them to survive, catching shrimps and crabs, as well as live in the deepest tidal mudflats. The beak is one of the longest ones globally, and it rivals even the eastern curlew.

The females have longer bills compared to the males, as well as a different shape. It is easy to distinguish them, as the male’s beak is curved along the entire length. The female beak is slightly flattened on top, while the tip is more pronounced. 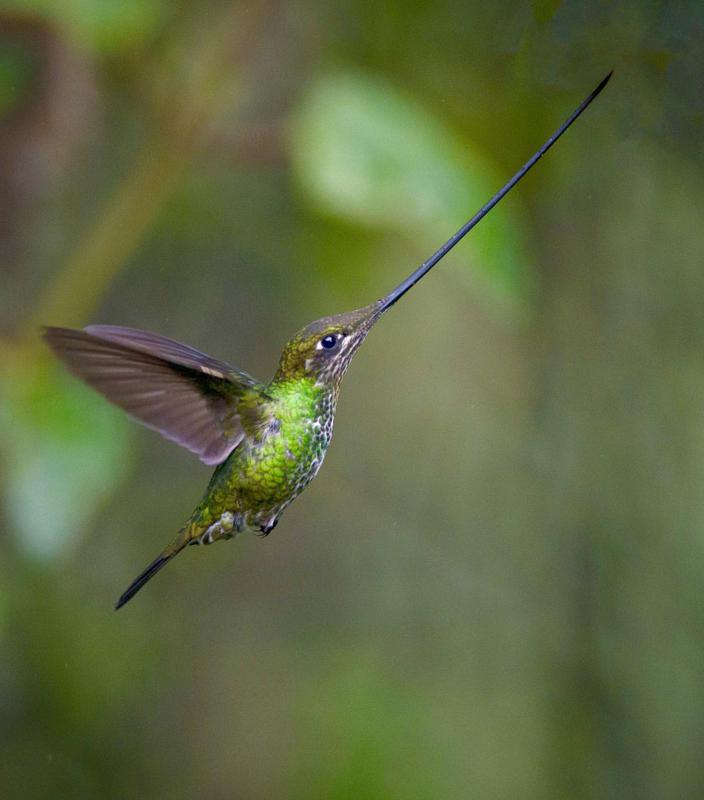 The Sword-Billed Hummingbird is the only winged creature that has a bill longer than its own body.

The beak of this bird is so long that the Hummingbird will need to use its feet rather than its beak to groom itself. Even balancing is quite tricky for this bird, as its head is heavily weighted towards the beak.

But they are not only downsides when it comes to this very long bill. The beak of this hummingbird can help it reach all the nectar which other birds cannot access. 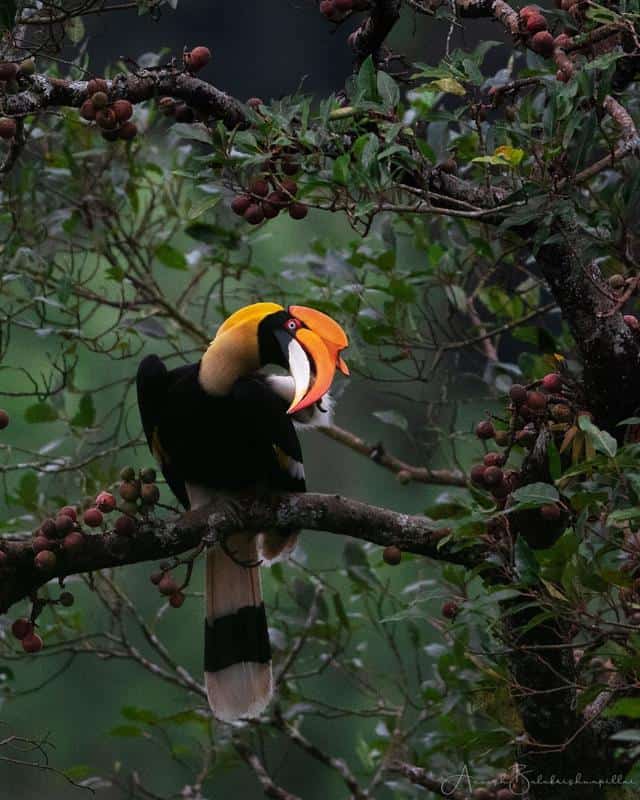 The great hornbill is another example with an outstanding bill. This species is in the same family as the rhinoceros hornbill.

Although at first glimpse, you might say the bill serves no purpose,  the hollow casque is in fact helpful in mating selection. What is even more peculiar is that the males use their beak to head-butt whilst flying. 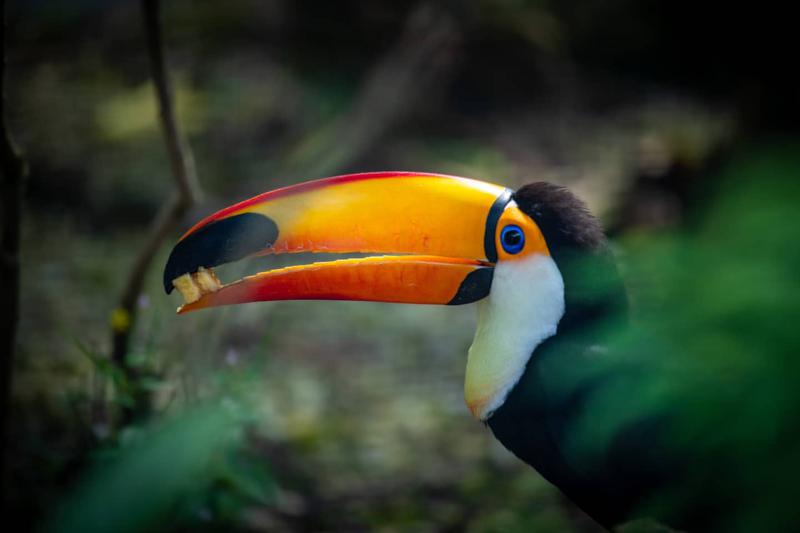 Such beautiful birds, right? We had to mention the Toco Toucan on our list, as these fantastic creatures have bills which make up 50% of their entire body surface area! These birds use their long bills to reach food that otherwise would be far away.

The toucan’s beak is also helpful in intimidating other predators and birds and scaring them away.

The bill is made of keratin, so it is not heavy. However, the dense body helpS the bird to regulate its body temperature. Studies have shown that Toco Toucans can release or retain a lot of body heat by adjusting their blood flow to or from the beak. 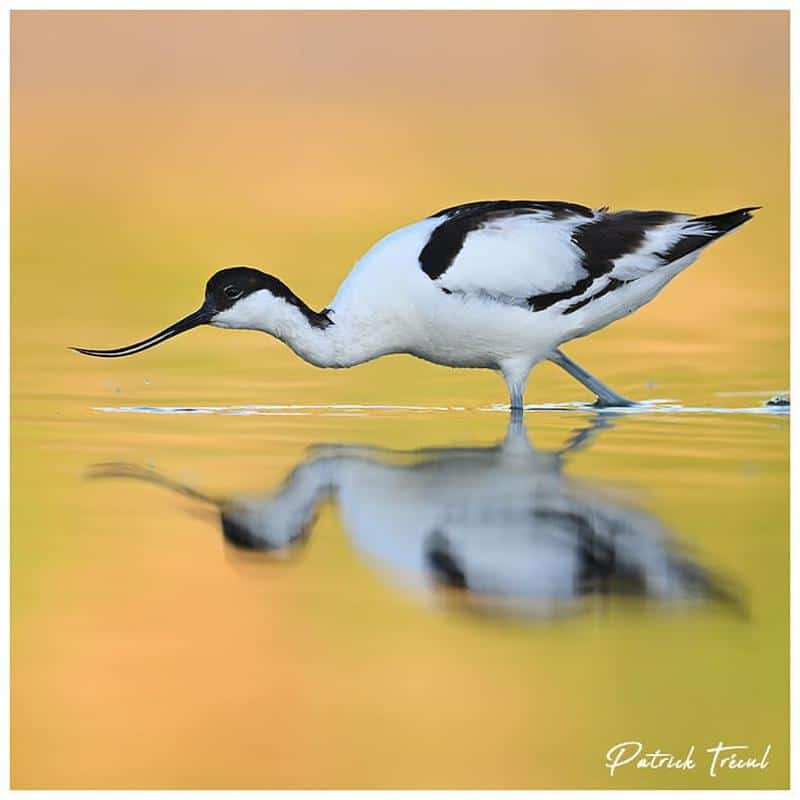 This is such a beautiful and fragile-looking bird. The upward curving beak is peculiar, and rarely seen in other birds.

The plumage is beautiful, with contrasting white and black, while the bill is thin and long, with a delicate upward curve.

The bird can hunt in salt or brackish water, moving agilely through the water, constantly searching for prey. Even more impressive is that the avocet can also swim in the water and flip upside down, just like a duck. 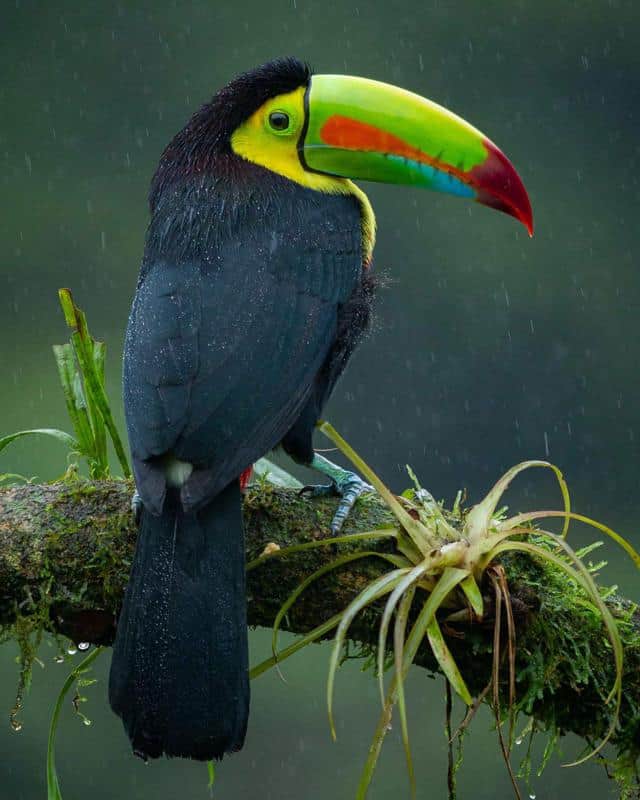 The Keel-Billed Toucan is another species of toucan that comes with an impressively powerful bill. The strong beak has quite the same functions as that of the Toco Toucan.

What makes this bird unique is the rainbow colors across the bill. The striking patterns are exquisite; hence the bird is also known as the rainbow-billed toucan. 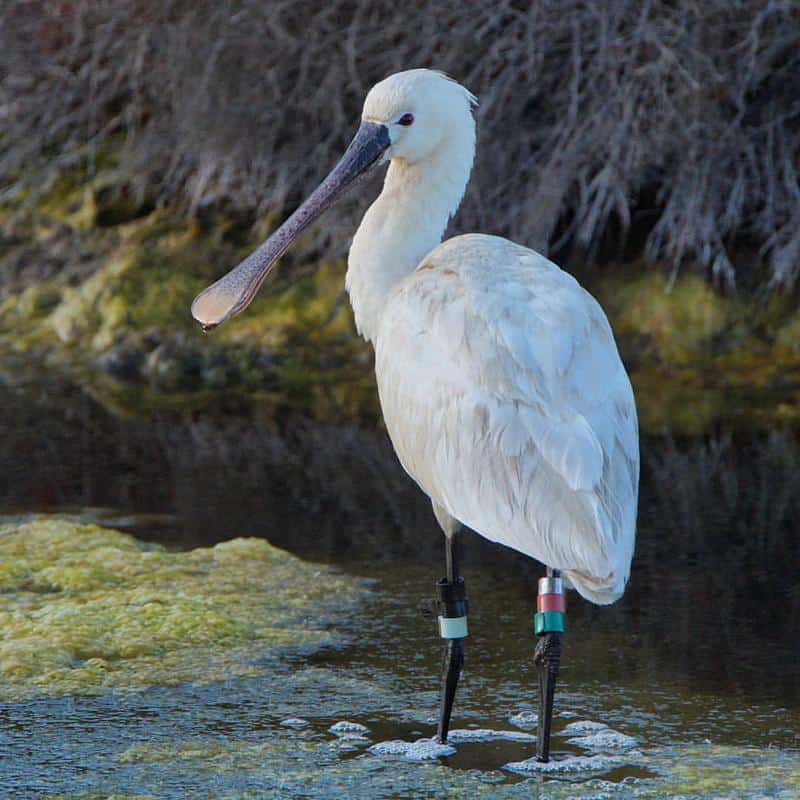 This species stands about 35 inches tall, and it is pretty populous in Asia, southern Europe, and northern Africa.

The bird’s name comes from the vast flat bill, with a splash of color right at the end. While dipping its long bill into the water, it creates an ideal trap for small aquatic invertebrates 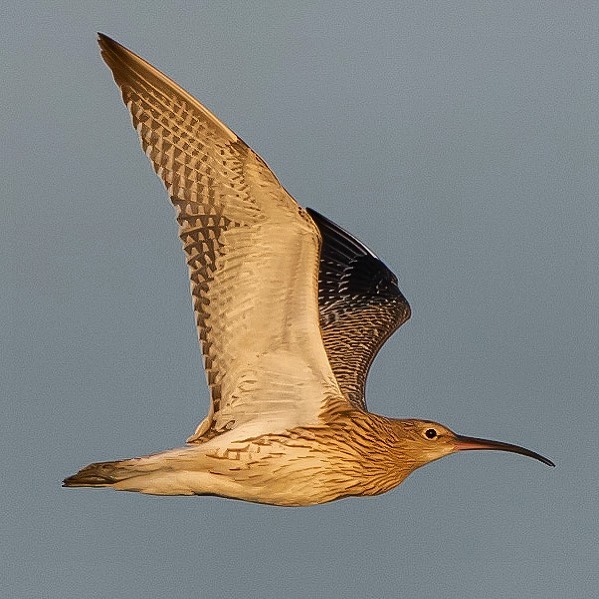 As you see in the picture above, the bill of Eurasian curlew is curved slightly downward, making it easier for the bird to poke around in sand and mud. The bird with its long beak inhabits areas of Europe, Russia, and southern Asia.

Eurasian Curlews will fly to coastlines and estuaries during the wintertime, using its beak to search for food, like worms and crustaceans. Unfortunately, the Eurasian Curlew is a threatened species. 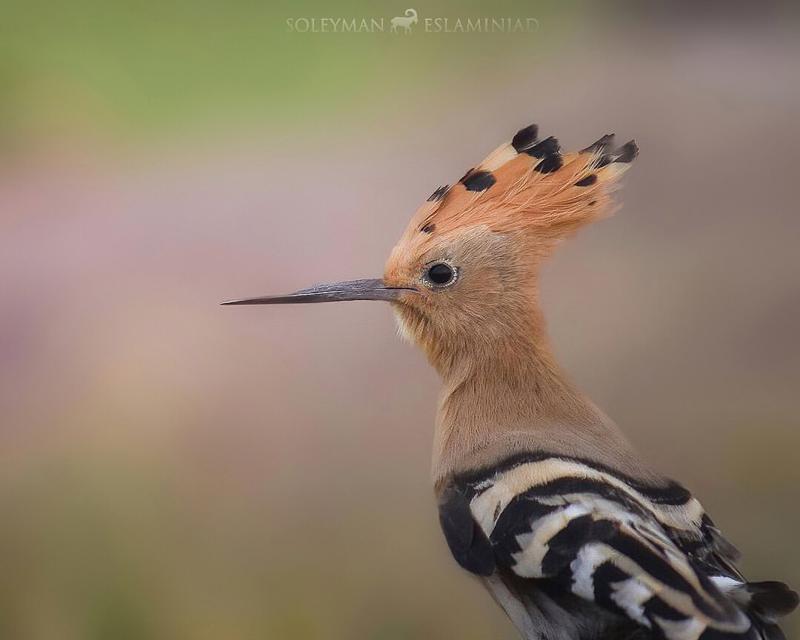 The Hoopoe bird is native to Africa, Europe, and Asia, and it is an impressive creature due to the spectacular crest and very sharp, slender beak.

The warm shades of dark browns, creams, and black combine in a pleasing pattern that resembles zebra stripes. This feature is mainly visible when the bird is flying and revealing its wings and tail.

As for the long bill, the bird uses it for catching tiny insects and lizards. 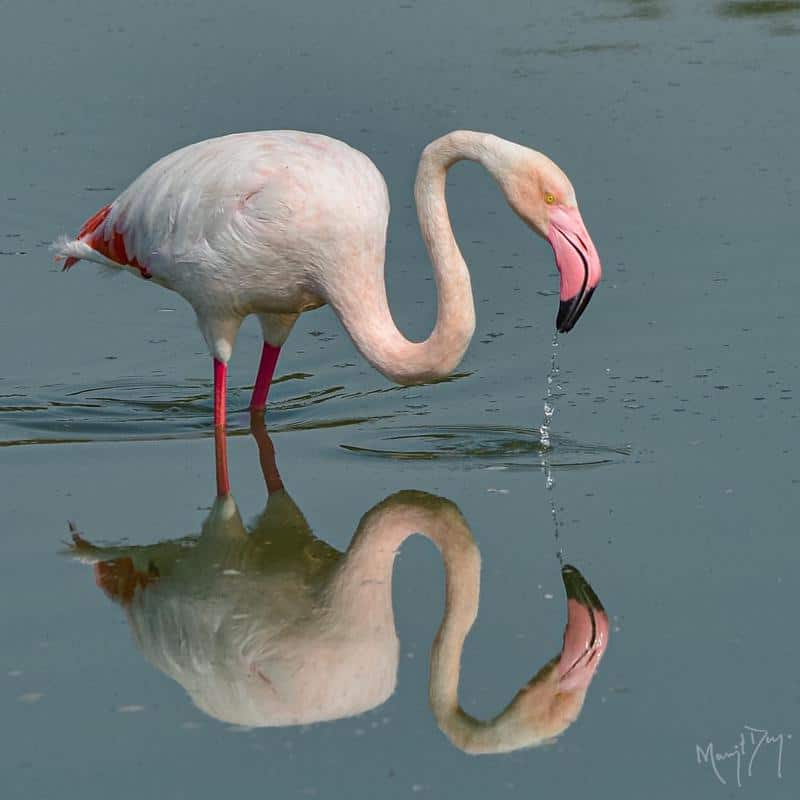 Flamingos are some of the most popular, exotic-looking birds with long beaks. Flamingos are tall, pink-colored birds that live in alkaline and saline aquatic environments.

The great, hooked beak acts like a filter as they sift through sediments in shallow waters.

14 Birds With Orange Beaks (With Pictures)