Have you even been out at night and heard a bird calling in the dark? Perhaps you have seen an owl swooping past your bedroom window during the small hours? Ever wondered how it is possible for birds to see through the gloom? Then you’ve come to the right place!

Although all birds have incredibly good eyesight, only some birds are actually adapted to seeing in the dark. These species, such as owls and nightjars, have specialised eyes with features like reflective layers and a proliferation of particular photoreceptors. Traits like these enable nightbirds to glide around and hunt during the darkest of nights!

Today we’ll be exploring bird eyesight, from the anatomy of a bird’s eye to the evolutionary reasons for the outstanding night vision of some species. Let’s gaze deep into the world of bird vision…

As visual predators and flying organisms, it is essential for birds to possess good eyesight in order to successfully hunt for food and avoid crashing into objects. In fact, birds have the best vision of all vertebrate groups, and the largest eye-to-body-size ratio of all animal groups – very impressive claims!

Although there are some similarities between bird vision and human vision including a comparable internal anatomy, and some of the same structures, there are crucial differences that make bird vision far superior. These include:

Check this out for some awesome avian eye diagrams, and images comparing human eyesight with bird eyesight.

For an insight into how birds are able to see in darker conditions, we need to take a closer look at their color perception abilities…

The enhanced ability of a bird to see a greater range of the UV spectrum than most other animals enables them to spot prey and potential predators, and even to differentiate between one another.

In addition to this, they possess magnetoreception – an incredible perception ability whereby they are able to navigate using the geomagnetic field! This helps them to detect locations, directions and altitudes. Magnetoreception helps birds to migrate such as Autumn Bramblings which fly south from Scandinavia and Russia to avoid harsh winter conditions. 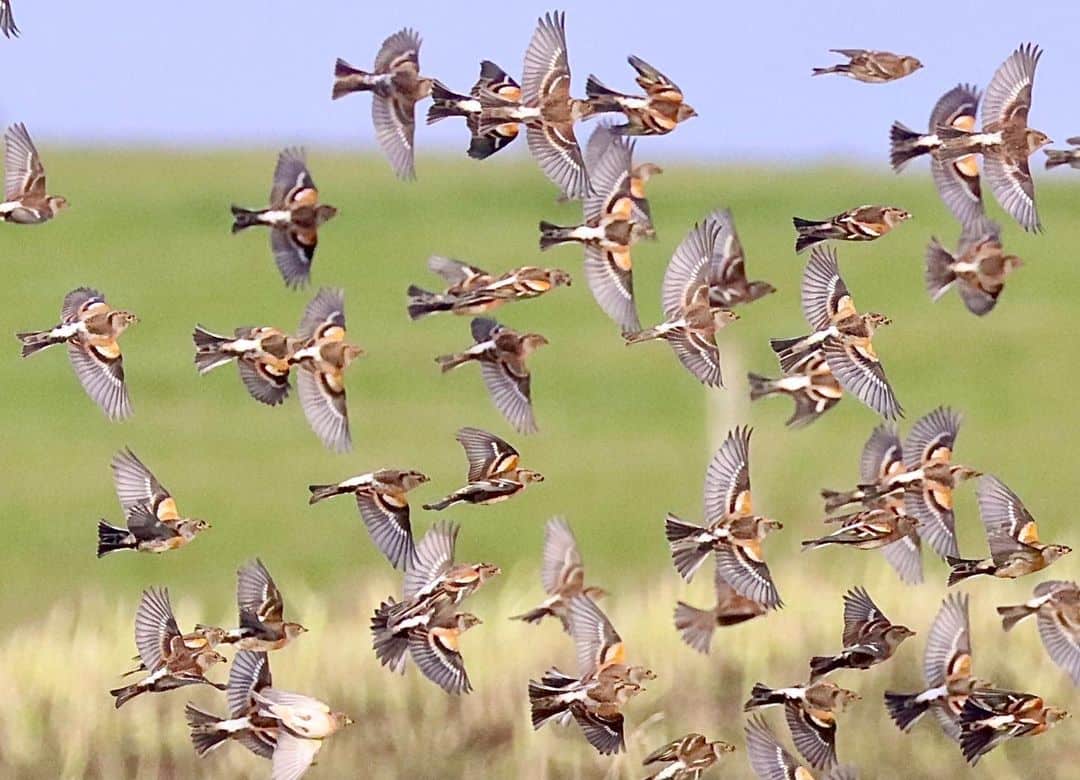 Birds can move much faster than humans using their agility to swoop in and catch prey, or to dart away from danger. So it makes sense that a bird’s motion detection abilities are also faster. During continuous movement, birds can see up to 100 Hertz whereas humans can only see up to 60 Hertz of movement. Conversely they are able to see much slower moving objects which the human eye fails to pick up (find out more here).

However, most birds are diurnal – they are active during the daytime – therefore, their vision is adapted more specifically to daylight conditions. Although they are still able to see better in the dark compared to us, it is the nocturnal birds who have the upper hand.

As we have so far discovered, bird eyesight is a force to be reckoned with. But what about birds who are active during the night? How does the anatomy of a bird’s eye adapt to dark conditions? This is where the specialist nocturnal species come in!

The main difference between diurnal and nocturnal bird vision lies in the number of rod cells within the retina. Rod cells are the type of photoreceptor cell that are responsible for letting light into the eye and aiding animals in being able to see during low light conditions. They also give animals peripheral vision because they are concentrated on the outer regions of the retina.

Other adaptions in the eyes of nocturnal birds include: 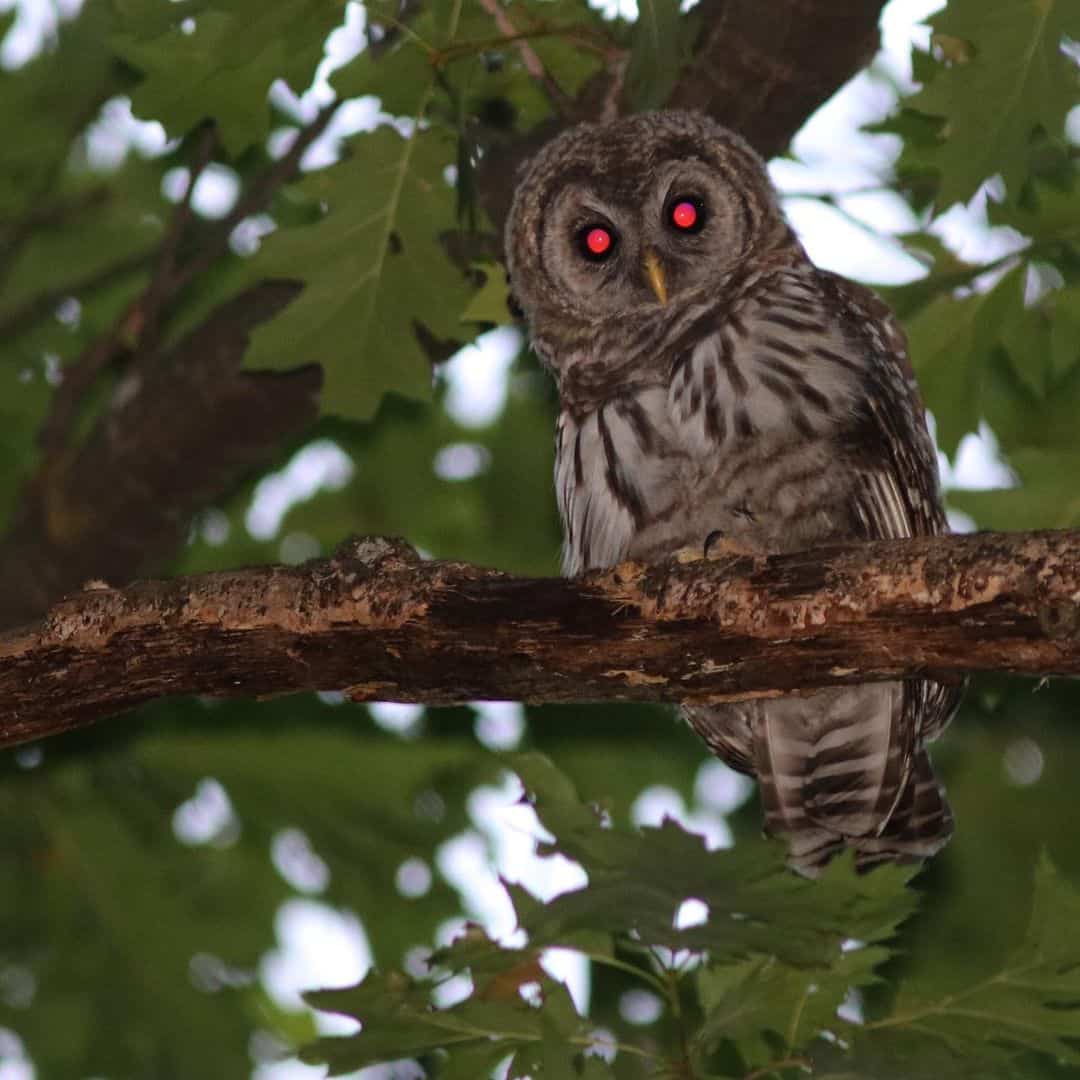 It is important to note that even nocturnal birds who are most active during the darkest times cannot see in complete darkness. They require at least a little light for their plenteous rod cells to function optimally.

The advantages of night-vision

Perhaps the first kind of bird you think of when listing nocturnal birds, owls are a classic night-prowling group. Nocturnal owls are incredibly unique in that they have tubular-shaped eyeballs. This means they cannot move their eyes around like we can, so they make up for it with an impressive range of motion in the neck muscles. Most species can swivel their heads to view a 270° field without moving their bodies!

With incredibly large eyes (3% of their entire body weight! Compare this to the 0.0003% of human body weight our eyeballs account for!) and incomparable far-sight, an owl makes a dangerous night-time predator. Their near-sight is relatively weak, as they specialise in spotting and swooping in on prey like small mammals, reptiles and amphibians from a distance.

When they get close to catching prey, whisker-like hairs surrounding their beaks act as motion-sensors, taking over from their visual proficiency. They can also protect their precious eyes using one of their 3 eyelids! Yes, one fascinating fact is that all birds possess 3 eyelids. One eyelid moves over the eyeball when a bird blinks, one is used when a bird is sleeping, and the other – the nictating membrane – can be drawn over when a bird is in close proximity to its prey. This is vital as owls will swoop to the ground amongst the undergrowth to pin their prey down.

Usually, a nocturnal owl will have dark brown or black eyes, like the Barn Owl. Eye color does not enhance their night-stalking habits but is an evolutionary adaption which camouflages them against the night. 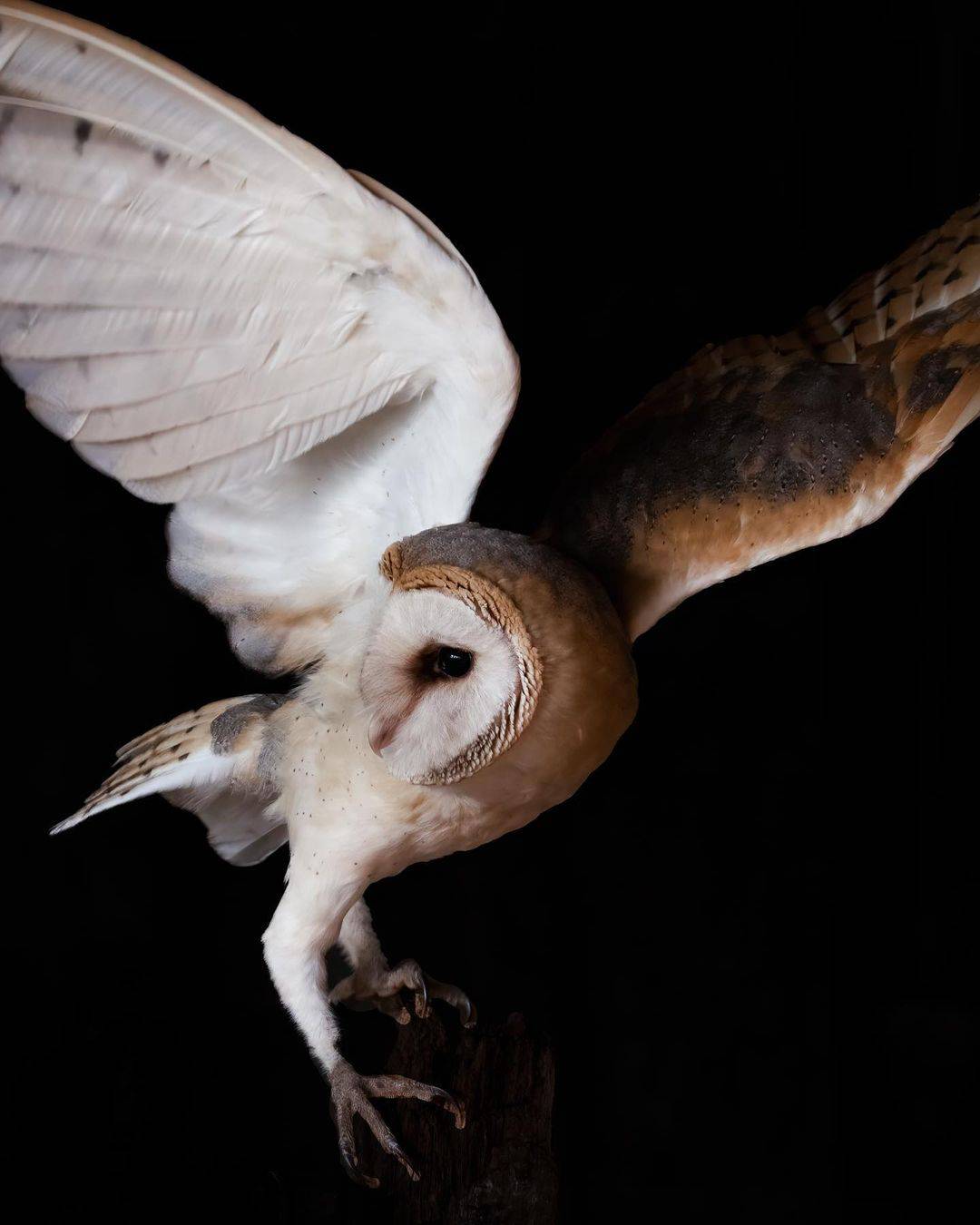 Some owls are crepuscular – this means that they hunt during low light conditions at dawn and dusk. These species mostly have piercing orange eyes, like the Eurasian Eagle Owl.

Diurnal owls mostly have yellow eyes. Species like the Snowy Owl have incredible hearing as well as advanced eyesight. They specialise in ‘sounding out’ prey in undergrowth or even beneath snow! 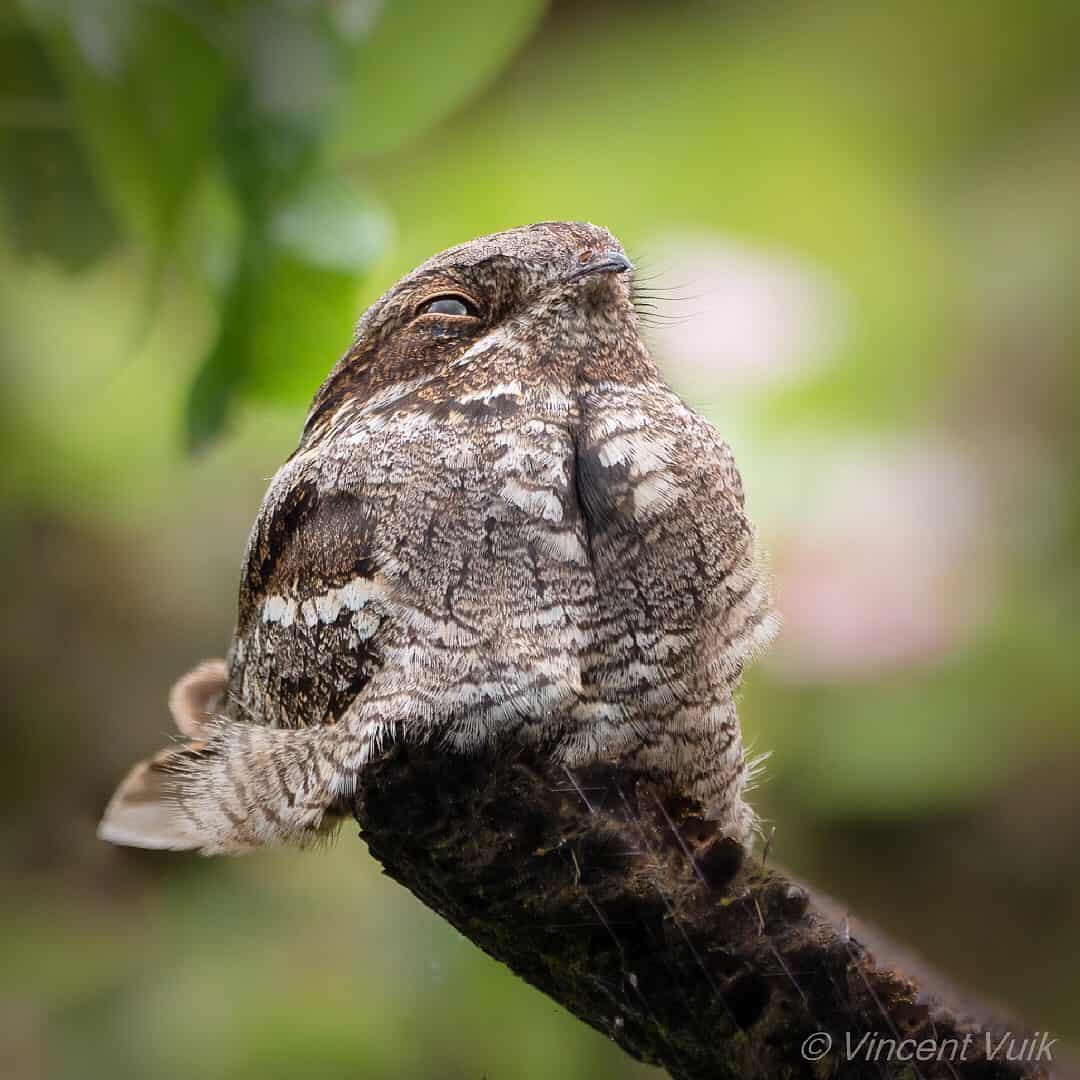 This group of birds can be nocturnal or crepuscular. They hunt in the dark, catching night-time flying insects on the wing. During the day, Nightjars are camouflage experts with their squat form and mottled brown plumage.

Nightjars can be found all over the world, but are called Nighthawks in North America, or Goat Suckers due to their mythical reputation that they could swoop in and steal milk straight from a Goat’s teat! This myth is based on their spookily silent flight, and the fact that people noticed they often flew close to livestock. Contrary to popular belief, this is not to steal milk, but to collect the insects that are attracted to livestock!