You may have seen a fox dashing around the countryside, or even in your neighborhood, and wondered if it could pose any threat to you. Foxes are highly intelligent, wily creatures which hunt mostly during dawn and dusk hours. In recent times more and more have been known to move into urban areas to scavenge for food, and some are even living alongside us in towns and cities.

Foxes are predators and do possess sharp teeth but there is no reason to be afraid – foxes are among the least aggressive predators around and are much more likely to run away from you than attack you. Fox attacks are extremely rare! However, as with all wild animals it is important to remember that if a fox feels cornered or threatened it may suddenly attack you – foxes are fearful of people and will only attack if provoked.

Join us to learn more about these fascinating furry creatures – knowledge is power and the best way to conquer fear or uncertainty is to equip yourself with facts. Let’s jump straight into the world of foxes and explore their interactions with people…

To fully answer the question “do foxes attack people”, let us first discover exactly what a fox is. Foxes are mammals and, although they primarily eat meat, they follow an omnivorous diet. They are part of the family Canidae which consists mainly of species which are carnivorous and dog-like (including dogs themselves!).

So-called ‘true foxes’, of which there are 12 species, belong to the genus Vulpes. Foxes are incredibly widespread across the globe. The only continent they are not present on is Antarctica! The most common fox species is the Red Fox (scientific name: Vulpes vulpes). This is also the largest true fox species and is present across the Northern Hemisphere from North America, through Europe, Asia and parts of North Africa. It was introduced to Australia where it has become an invasive species and is threatening the native wildlife there.

We will concentrate here on the Red fox – this is the fox species living in closest contact with people. It is highly likely that if you have seen a fox in your town, it was a Red fox.

Red foxes can be found in an astounding range of habitats from woodlands, wetlands, mountains and deserts to farmland and urban areas. They are precision predators with an excellent sense of smell and hearing. However, they primarily use their sharp eyesight to hunt and forage for food.

The main food sources of Red foxes consist of:

This vast range of food items demonstrate Red foxes’ ability to thrive in many environments and adapt to different conditions. 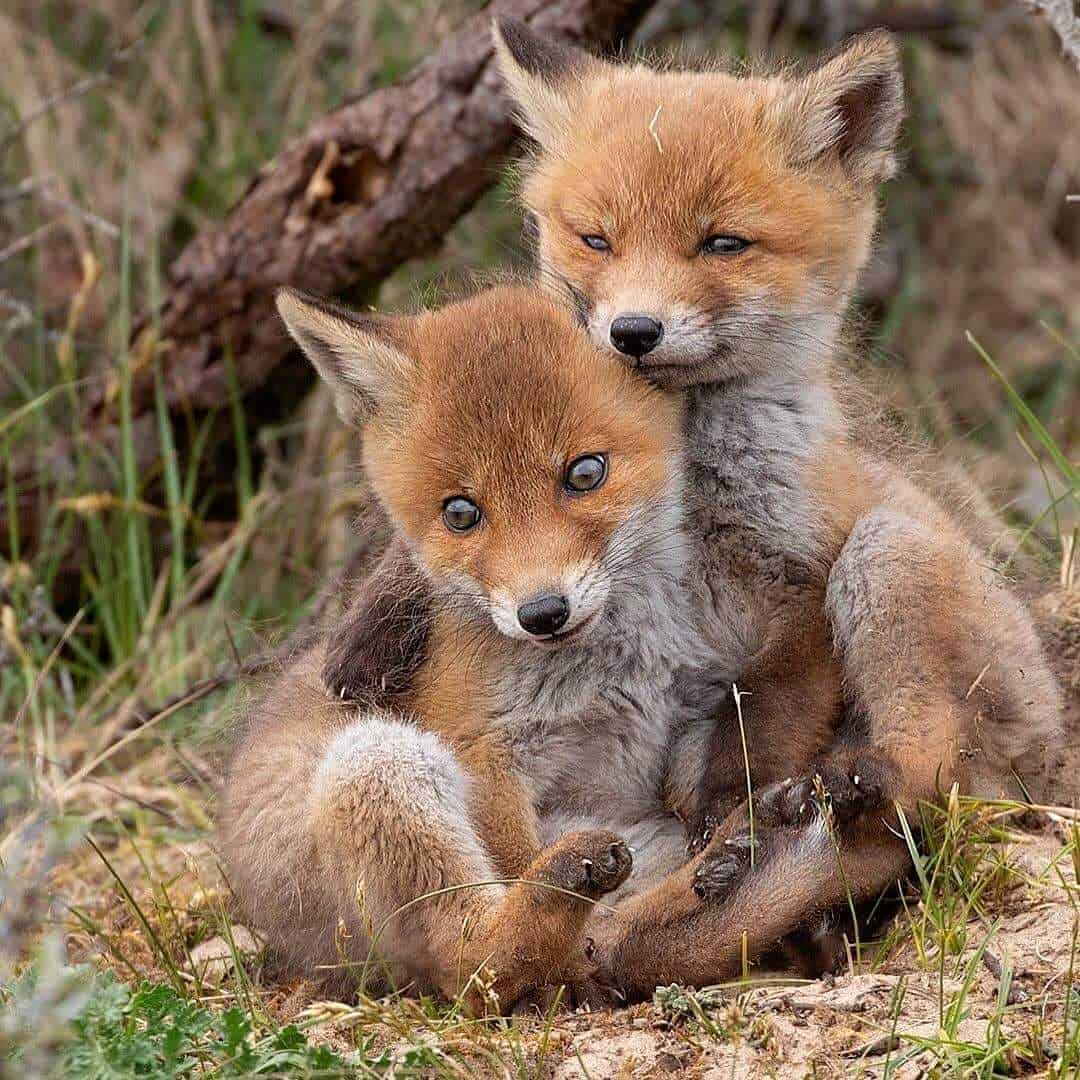 Foxes are usually solitary creatures, hunting and travelling alone. The female (or vixen) will build a den directly after finding a mate in the winter. Both the male (also called a tod or a dog) and female will raise the pups (or kits), providing them with food and then teaching them how to hunt until the following fall. The young foxes then leave the family and go out into the world alone.

In terms of catching live prey, foxes will detect and locate the sound the prey is making, then leap and pounce on the prey with high precision, using their tails for balance in mid-air.

When they have killed their quarry, or found carrion, they are typically very possessive and territorial, guarding their food from other foxes or predators.

In general, foxes are a territorial species and mark their home territories using urine. Both the males and females will urinate in key spots to mark the boundaries of the territory and warn other foxes to stay away. 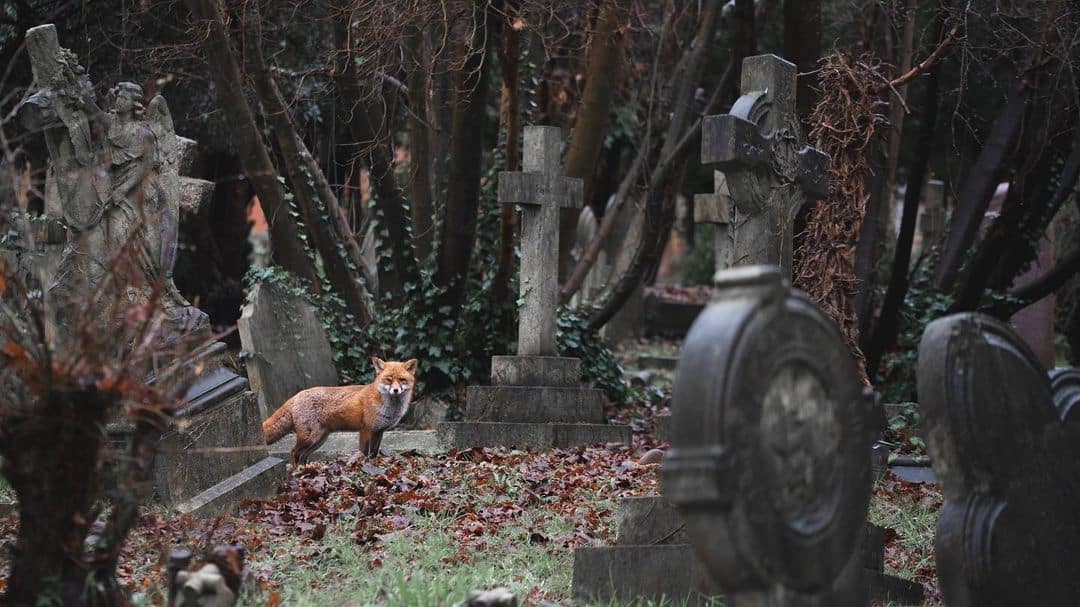 Now we have learnt more about fox ecology, let’s focus on foxes’ relationship with people. Why do they live so close to urban areas? Do they pose a threat to us due to their proximity to humans?

The successful colonisation and survival of Red fox populations across the globe is partially due to the fact that they do not pose any threat to humans. As opposed to other, larger predators which have been either hunted to extinction or severely reduced through hunting, foxes are not large enough for humans to consider a danger.

Humans have long hunted foxes for their fur and to protect their livestock (mainly poultry) from predation by foxes. The food waste found extensively throughout urban areas has benefitted the fox which has moved into towns and cities around the world.

Foxes live alongside us, but do they pose any real threat? Are they likely to attack people?

Now we come to our main question – do foxes attack humans? Foxes possess all the traits required to be excellent predators: great eyesight, hearing and sense of smell, quick agility, and a cunning nature. Yes, they have very sharp teeth and claws which aid them in catching prey. But they are incredibly unlikely to attack humans!

It is rare to get close to a fox – they run at the slightest sight or sound of people. They are shy and easily scared by loud noises or sudden movements. If a fox has learnt to associate humans with food, it may be bolder and even approach people in the hope of gaining some food scraps. If this happens to you, do not be alarmed! Usually the fox will go away without any encouragement, or it will investigate out of curiosity, but it will not come right up to you. Rest assured, making loud noises, clapping, whistling, and even throwing small objects in their direction will almost always scare them away.

It is important to note here that fox attacks can be a sensitive subject for people who may have lost a pet or been injured themselves by a fox. These situations do occur, albeit rarely, and although it is important to look at the facts and maintain a sensible perspective, this offers little consolation to people who have been affected by fox attacks.

The only realistic situations in which a fox may attack a human is if it is cornered with no escape and feels threatened by a person trying to catch or harm it. It is within a wild animal’s nature to lash out and protect itself when threatened by a potential predator. To avoid this, do not corner or trap a fox, it is that simple! It is also possible that a fox may be more prone to attacking a person if it has rabies. We’ll explore this in a little more detail…

It is possible for foxes to carry rabies, although incidences of this are rare. Usually it is very easy to tell if a fox has rabies, it will exhibit these behaviours:

If you see a fox showing any of these traits you should stay well away from it and contact your local animal control centre or the local authorities – whoever is responsible for dealing with potentially dangerous animals. Of course, if you happen to get bitten by a rabid fox it is very important to seek emergency medical attention immediately.

Another disease you may see foxes carrying is mange. This is a nasty skin disease cause by a mite which will burrow into foxes’ skin. Sores will appear and cause the fox to become very itchy. Foxes’ start to lose their energy, lose a lot of weight and a lot of fur. It is a terrible disease that can destroy whole fox populations and is unfortunately quite common.

People can catch mange from foxes if they are in direct contact with them, but it is best to leave mangy foxes well alone and contact your local authorities who will be able to deal with it appropriately. If a person catches mange, it will only be short-lived as the disease cannot persist in a human body.

If you have a dog you will want to keep it away from any possible contact with foxes, especially if you know there is a high density of mange in your area. However, the good news is it is easy to treat the disease in dogs. It is incredibly rare for cats to catch mange – there were only 11 known cases between 1973 and 2006.

In conclusion, foxes are beautiful and intelligent animals. They have highly functioning senses of smell, hearing, and sight. Over time, Red foxes have become increasingly adaptable to different environments, and are now frequently seen in urban areas. They forage and hunt for a great variety of food sources from small mammals to fruits to garbage.

It is important to leave foxes alone, do not interfere with them and avoid cornering them or trying to catch them – they will attack if they feel threatened. However, most of the time they will flea from humans and avoid contact as much as possible – they are afraid of us and they do not want to be harmed by us!

If you see a fox stand and observe it, they are fascinating creatures, and it is a privilege to see one in the wild. Now you know how to spot the signs of disease in a fox, you can even help wildlife protection agencies and local authorities to save fox populations from mange, and protect other foxes, animals and people from contracting rabies. Foxes are wild creatures and have their own role within ecosystems, they are essential to a natural, healthy, functioning environment.

Where do foxes live?

Foxes live in a broad range of habitats including woodlands, wetlands, agricultural land, deserts, mountains, and urban areas. They dig burrows or dens which are usually constructed on slopes, in ditches, in rock clefts or caves, amongst tree roots, and within abandoned or neglected human areas.

How to observe a fox in the wild?

A good place to start is to observe along the edges of habitats, such as the edge of a woodland or field or even the edge of town. Foxes often stick to boundaries when travelling around their territories. Foxes are most active at dawn and dusk, so this is the best time to see one going about it’s business.

It is important to keep quiet and still, as movements and noises will easily scare a fox away. It may be a good idea to set up a chair and take a thermos of hot tea and some snacks – wildlife watching often involves a good deal of patience!

On the other hand, you may live in an urban area that foxes frequent. In that case it can be a good idea to keep watch from your window or keep an eye out in fox hotspots such as garbage dumps. You may be able to ask around, there are sure to be many reports of fox sightings if you live in a densely populated urban fox area.

Should you feed foxes?

If you like foxes and you have a garden or property you would like to attract them to, then by all means leave some food out for them but not no try to tame them! It is bad for a fox to become dependent on humans for food, in case the food source stops suddenly. It is also bad for foxes to directly associate humans with food, and this may increase the chance that someone will get attacked by an individual fox in the future.

They will feed on many different food items including meat, pet food, cheese, fat, fruits and vegetables. There is a risk the food will be taken by other animals though!

Read more about this here.