For centuries, people have associated different types of flowers with different traditions, social practices, and meanings. For example, in ancient Rome and Greece, or even ancient China and Egypt, people have used flowers to express their feelings, accompany certain occasions, events, or celebrations, or even to show defeat, loss, success, and so much more.

From the world’s different mythologies, folklores, to art, poems, sonnets, and even play; flowers have always carried a specific symbolism that is acknowledged and recognized to this day.

Sometimes, people go for flowers as a form of nonverbal communication. Because of the different meanings, flowers can deliver a message people usually have trouble expressing in words. From ‘I love you, to ‘My condolences’, we use flowers to emphasize and accentuate certain emotions or commemorate a certain event or person.

Now, because there are so many flowers, we won’t be talking about all of them and their meanings. Instead, in the following paragraphs, we’ll focus on the flowers that symbolize strength. So, without further ado, let’s get started!

12 Flowers That Symbolize and Inspire Strength

Allium is a flower that is native to Southwest Asia. In Latin, Allium means ‘garlic’, and the flower’s full Latin name, Allium sativum, means ‘cultivated garlic’. This is a flower from the onion family and blooms in late spring and summer.

This flower is a historical one as well. In ancient Egypt, for example, Allium’s spherical bulb symbolized the universe, while in Asia, especially Central and Western parts, people used Allium to keep away bad luck.

Now, when it comes to its meaning, Allium is known to symbolize strength, unity, prosperity, and patience. This flower is often added to bouquets intended for partners, married couples, or family and friends to represent the strength of their unity. This is a pretty underappreciated flower, so next time you go to buy a bouquet, make sure to ask for a few of the Allium flowers as well.

This beautiful flower comes in a variety of different colors, but white and blue are the most widespread variations. Amsonia is really easy to grow and even easier to take care of. If you want to attract hummingbirds and bees to your garden, make sure to plant some Amsonia flowers.

Amsonia is known to symbolize endurance, strength, and determination. It is a flower that shows you don’t back down in times of hardship and symbolizes one’s ability to overcome obstacles. Amsonia symbolized both mental and physical strength, and it is a great motivational gift.

Antirrhinum is a flower that is commonly referred to as the snapdragon flower. That is because the flower’s appearance resembles a dragon’s head when squeezed. In some cultures, this flower has a different name.

For example, the Greeks cal lit ‘the dog-headed flower’. Regardless of how you cal lit, one cannot deny the beauty of this flower. It comes in a variety of different, vibrant, bold colors and generally makes a great addition to the garden.

Snapdragon is a common gift choice for couples and friends. It symbolizes strength since the flower is able to grow even in the most demanding, dry, and rocky areas. It stands for one’s ability to blossom even in the darkest times, which is a great motivational meaning. The flower symbolizes inner strength, the power to overcome obstacles and challenging situations in life.

Aquilegia, also commonly known as Columbine, is a wonderful and rather interesting flower that is native to the North American region. The flower is small and has interesting, rounded leaves and petals that extend directly from the base.

Columbine is a colorful flower that attracts bees, butterflies, and hummingbirds. Its official Latin name, Aquilegia, is derived from the Latin word Aquila, which translates as ‘eagle’. That is because the flower’s five spurs resemble eagle claws.

Aquilegia is a flower that symbolizes a lot of traits, emotions, and over all things in life e find important. For example, the flower primarily symbolized wisdom, strength, and happiness.

But, apart from that it also symbolizes knowledge, understanding, fortitude, counsel, and piety. Aquilegia is a truly unique flower with a special symbolism to it. If you want to send the message of strength and motivate one’s inner power, make sure to have a few Aquilegia flowers as a part of a gift.

Astrantia, also known as Masterworts, is a summer flower known for its unique star-shaped flower heads. This is a wonderful flower that prefers to stay in the shade, where it grows and develops numerous petal colors, from red and pink to purple and white.

Astrantia is probably one of the most favorite flowers of gardeners and florists, since it is so easy to take care of, plant, and grow, and it simply looks beautiful. Astrantia beautifies every garden and adds a soft, elegant, and summery touch.

Generally speaking, the Astrantia flower is known to symbolize courage, strength, and protection. It stands for one’s inner strength, self-reflection, one’s ability to overcome obstacles, as well as passion.

Among the main symbolism, Astrantia also signifies womanhood, grace, elegance, youth, and innocence. This flower is a great addition to a garden and a wonderful way to represent the idea that one’s pure inner strength is gentle, elegant, and courageous.

Also known as the Rock Rose, the flower Cistus is truly a symbol of endurance and strength. Cistus is a flower that grows in the Mediterranean regions. It is highly resistant to heat and manages to grow even in the driest of the summer months.

This flower is completely drought tolerant and grown in difficult conditions. When it comes to appearance, Cistus is a wonderful flower. Its petals seemingly form a basket; Cistus in Greek means ‘kisthos’ or ‘box/basket’, hence the name for the flower.

Because of its ability to grow on rocks, even in the driest of the Mediterranean regions, this flower symbolizes strength, endurance, and overcoming obstacles to blossom into the best version of yourself. Whether you decided to plant it in your garden or give it out as a gift, this flower’s symbolism will stay with you and send a wonderful message to someone you care about and love.

Commonly known as Coneflower, Echinacea is a wonderful, colorful little flower, resembling daisy flowers the most. It is a tall, slender flower with a ring of colorful petals around the central disc. The flower commonly grows in the North American region and is very tolerant of heat and drought.  Echinacea is an easy-to-grow and -maintain flower, so it is always a simple yet effective addition to any garden.

The name of the Echinacea flower stems from the Greek word ‘echinos’, which means ‘hedgehog’ or ‘sea urchin’. That is because of the flower’s prickly center. However, when it comes to its meaning and symbolism, this flower stands for strength and health. That is because of its numerous medicinal benefits; Echinacea can help treat sore throat, burns, infected wounds, toothaches, insect bites, stomach cramps and so much more.

The flower is a shade-loving plant that grows in the form of a heart shape. Because of the flower’s active ingredient icariin, it symbolizes fertility and is known as a powerful aphrodisiac. Icariin is also a bodybuilding supplement.

Epimedium symbolizes fertility and strength. It is a flower that tolerates dry soil, drought and can grow in difficult, dry environments. As such, it is also a suitable symbol for endurance and the ability to overcome the hardest obstacles, grow and blossom despite the hardships.

Gladiolus is a flower with a powerful cultural significance and symbolism. The flower is incredibly beautiful and unique, growing in multiple colors ranging from red and pink, to purple and yellow. Gladiolus is a Latin word, which means ‘sword’, in regards to the flower’s appearance. It is a Mediterranean plant, used to grow in dry and warm regions. Because of its beauty, the flower is decorative and can be a wonderful addition to gardens and bouquets as well.

Because the Gladiolus name stems from the Latin word for ‘sword’, this flower is a known symbol of endurance, the strength of character, passion, integrity, and faithfulness. It is also a symbol of infatuation, purity, or friendship, depending on the color of the petals. Gladiolus can also symbolize heroism, victory, and pride, which are also closely related to the meaning of strength.

Also known as Scorpionweed, Phacelia is a stunning blue and purple flower. It is native to North and South America, known for its ability to adapt to difficult soils. Phacelia flowers grow in clusters or little groups, which makes them an excellent addition to gardens in case you want to bring some color or volume to the garden. Because of the cluster-grow tendency, the flower got a Greek name Phacelia, which in Greek (phakelos), means ‘ a cluster’, or ‘a bundle’.

Generally speaking, the flower Phacelia symbolized endurance, determination, the strength of character. Because of its adaptability and ability to grow in difficult soils, the flower symbolizes overcoming obstacles and hardship to blossom into the very best version of oneself. Because of its unique appearance and truly deep symbolism, this flower is an excellent garden addition or a wonderful decoration for a bouquet.

It is super resistant to weather changes and grows easily even during the dry summer months. Potentilla is a wonderful flower that can elevate any garden to be more elegant and colorful.

When it comes to its meaning and symbolism, Potentilla is named after the Latin word ‘potens’, which means ‘powerful’, in terms of medicinal benefits. As such, it symbolizes inner character strength, endurance, wellbeing, and the ability to get better and thrive even in the most difficult times. Potentilla also stands for honor, loyalty, womanhood, and maternal love. It is a wonderful anniversary or Valentine’s Day gift for a partner.

Valeriana is a pretty widespread flower. It grows in Europe, Asia, and North and South America. Because of its medicinal benefits, Valeriana is a highly valued flower, often used to treat or minimize the effects of insomnia, anxiety, stress, epilepsy, muscle pain, headache, and much more.

Generally speaking, it has a widespread medical application, but it is also a wonderful flower that can look great in your garden. The flower has a sweet scent and grows in numerous different colors, mainly lavender, pink, and white.

Now, Valeriana got its name based on its medicinal benefits. In Latin, ‘valere’ means ‘to be strong and healthy’, hence the name of the flower. Generally speaking, Valeriana as a flower mainly symbolizes health, but also physical and mental strength, especially when it comes to overcoming health issues and getting better. 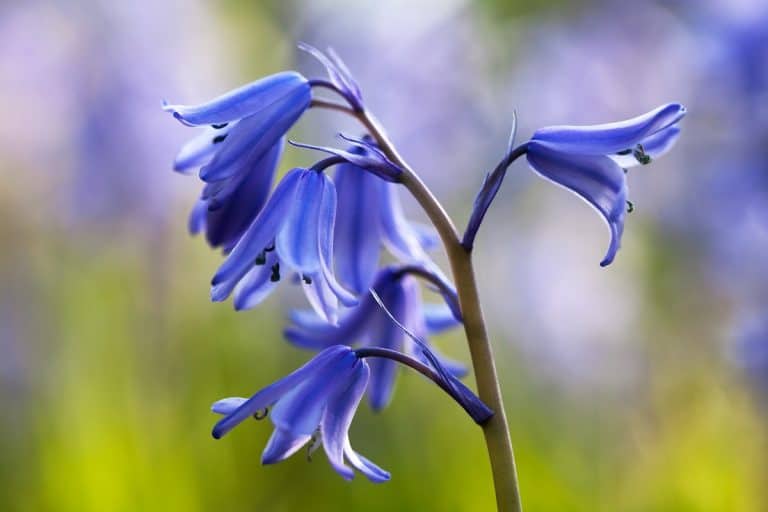 When it comes to landscape gardening, no outdoor space should miss the gorgeous bell-shaped flowers. Why? Because these mesmerizing plants will add an excellent curb… 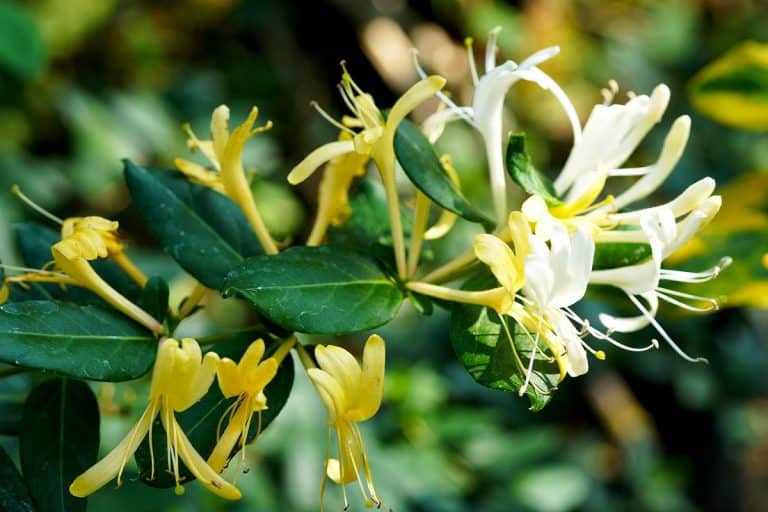 Honeysuckle (Lonicera) is a perennial evergreen that has smooth stems and leaves. The plant forms its flowers in clusters and can be shades of pink,… 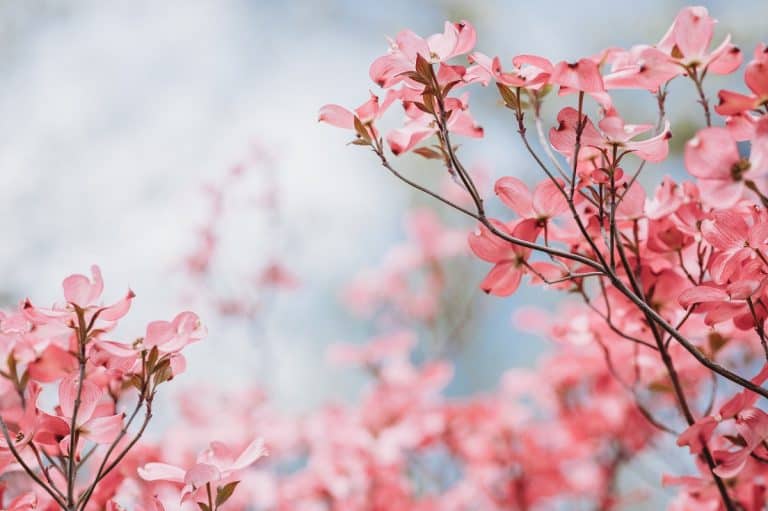 The dogwood flower, also known as the blossoming dogwood, is an early spring flowering tree that blooms in different shades of white, pink, and red…. 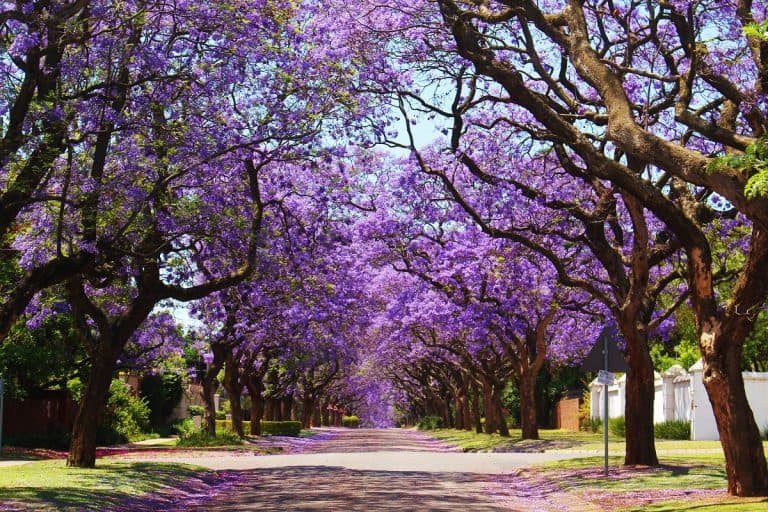 There are numerous reasons to plant a tree in the landscape: to create shade, or a privacy fence, to draw birds and squirrels, or to… 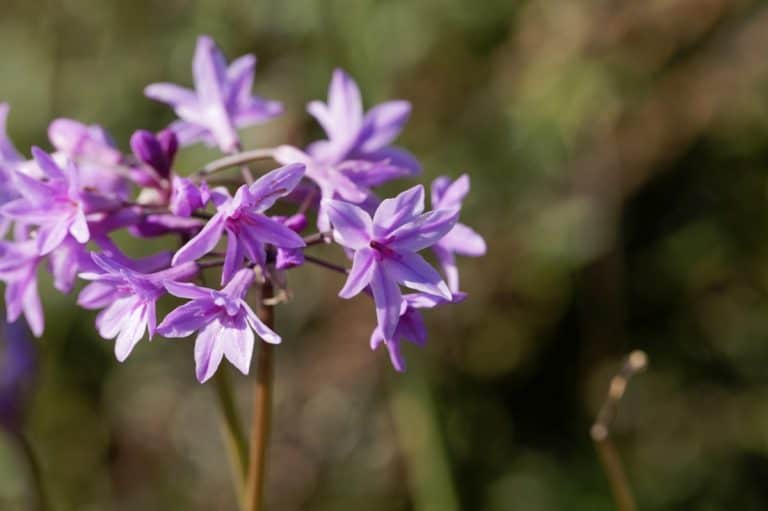 Do you like and enjoy flowers, as well as that fun feminine vibe that they can leave you with? If you’re someone who wants something… 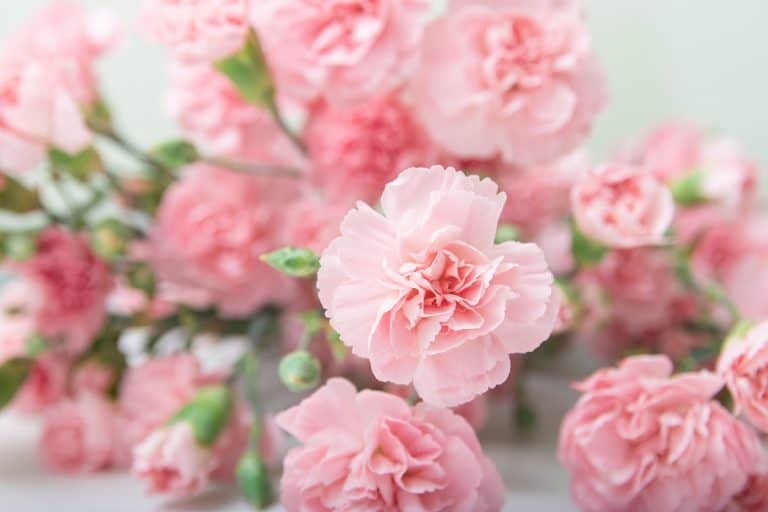 There are lots of popular holidays, and anniversaries people love to celebrate by offering gifts. However, when it comes to Mother’s Day, the presents should…