Sometimes we see birds laying on the ground, seemingly lifeless. Sometimes, we know why they are there, like when a bird flies into windows and hits the ground. Other times, we are clueless about what happened to them.

It’s important to understand what’s going on with a bird that is in this situation. If the bird is dead, you want to dispose of the body, so you don’t have to worry about the smell and other carrion-eating animals.

If they are stunned, it’s a temporary condition where the bird cannot move for a period of time. The bird will recover by itself, so you don’t have to do anything, except—if possible to do so safely—move it to an area where it will be protected from predators.

In this article, I will give you some tips on how to tell if a bird is alive or dead based on what they are doing and how they look. We will also see what to do in each case, and how to make sure you and the birds stay as safe as possible.

Look for Signs of Life

When you see a bird lying on the ground, you can check if it’s alive. The first thing you should do is get gloves. You don’t want to touch the bird without gloves, because it could have diseases. Birds are like any other wild animals and can get sick.

For example, handling a bird with the West Nile virus is potentially dangerous. The CDC claims that there is no evidence that you could get infected by it when handling a bird, but it still recommends wearing protective gear.

Editor’s note: For maximum safety, wear two sets of gloves—one latex and one cotton pair. If one gets contaminated by liquid from inside the bird’s body, it will still protect you against any germs on its feathers or skin.

Pick up the bird gently into your palm, and give it a closer look. You are looking for 4 key signs here:

You might not notice it immediately, because birds’ breath is faint. It’s best to pick a wing and raise it, to see the bird’s stomach. If it’s moving, the bird is alive, just stunned.

Check if there are any visible injuries on the bird’s body or head. Typical injuries include a broken clavicle, a broken breastbone, or head trauma. You can’t really do much about any of those.

But if the bird is injured, call a vet. Otherwise, bring the bird to an area where it’s safe and leave it there until it recovers on its own.

If they don’t seem like they are breathing or moving at all, especially if their feathers do not look smooth—as opposed to ruffled as in birds who are stunned—then you can assume the worst.

But don’t give up yet. There is still a possibility that they are alive. Grab a stethoscope and listen to the bird’s heartbeat. The heart is on the left side of their chest, above and near where we would find our heart.

Some birds’ heartbeat is barely noticeable even with a stethoscope. But as long as it’s there, assume the bird is alive.

Look at the bird’s feet and legs. If they are stiff—meaning that there is no movement in or out when you touch them, then it means the bird is most likely dead.

The entire process should take you about 10 minutes. Don’t assume the bird is dead after a minute of no heart beat or lack of breathing.

What to Do with a Still Bird

Now that we know how to tell if a bird is dead or alive, let’s look into what to do in each case. We are striving to ensure maximum safety for both you and the bird. And for other people who might visit the area, especially children.

What to do with a Dead Bird

If you are 100% sure the bird is dead, dispose of it properly. You can put them in plastic bags and throw out at any garbage bin or dumpster. Or if they are small enough, drop them into sewer drains so that other wild animals will eat their bodies when they go hunting for food later on.

Or you could move it to an area like a garden or farm area where it’s safe for other animals to eat their bodies. But make sure you wear gloves and do not touch the bird with your bare hands after picking them up without protection. Also, make sure kids will not play around the area. Kids touch everything they see, and the last thing we want is getting them sick because they touched a dead bird.

Editor’s note: If it’s a bird that you’ve never seen before and/or that isn’t common around your area, report it to your local area’s animal control department. For example, here is South Carolina’s Department of Health and Environmental Control website. Basically, if it’s weird that there’s that type of bird dead around the area, then you should inform the authorities.

What to do with a Stunned Bird

If you are 100% that the bird is alive but just stunned, here’s how to ensure it recovers without issues.

First, make sure that there aren’t any dangerous elements around. For example, if it’s on an overhead wire and a car is coming—or even just about to come—move them away from those situations as soon as possible. Another potential danger for a stunned bird is children playing around the area or predators.

Then take them to an area where there are no cars or other dangers around. Put them on the ground in a safe place, away from people and animals who might hurt them. The best way is somewhere with grass so that they have something soft for landing instead of hard concrete which could injure their feet.

If you want to bring them with you to be 100% sure, you can put them in a box or container and keep them away from kids or pets. Just make sure there is air coming into the box, and that it’s big enough for them to spread their wings when they wake up. Once they wake up, you can release them back into the wild.

Once you’ve found a suitable location—ideally somewhere where they are not likely to be hurt by anyone or anything—leave them there. They should wake up within 15 minutes, but if they don’t, then you can assume the worst and contact a vet for further instructions.

Warning: Don’t give the bird food or medicines. The bird will go back to hunting for its food as soon as it can go back to flying. As for medicines, humans are different enough from birds that what heals us harms them. Just don’t.

Common Cause of Bird Stuns and Deaths

The major cause of birds getting stunned is a collision with windows. If you’re chilling and hear a sudden “TUD” on your window with a bird laying around it, you know what happened. Depending on the impact’s strength, the bird might be stunned or dead. Follow the steps we outlined earlier in the article to discover the bird’s status.

Another cause is power lines. This happens because the bird tries to fly around the wire, but it ends up running into them and getting electrocuted. It’s a bird weird, as we see them perching up the power lines all the time. But it still happens, so be careful when you see one of these.

Besides collision with windows and power lines, there are other causes like poisonings. An intoxicated bird doesn’t have full control over its body and flying pattern. It’s common for them to hit a window while intoxicated.

The final main reasons are cats and cars—the former for intentionally killing birds, and the latter simply by accident when they get in their way. This usually is when you see a dead bird splattered on the asphalt. They got hit by a car and then run over. Unfortunately, but what can you do?

Telling if a bird is stunned or dead is overall pretty simple. The biggest issue is that many people just don’t care, and leave them lying because it’s not their problem. But that’s far from true. A rotting bird carcass is going to attract scavengers and is potentially dangerous to children playing around the area.

Once you’ve made sure the bird is alive, and just stunned, you can help its recovery. As long as the bird has a good place to rest, wait until they wake up on their own. If they don’t after 15 minutes, then contact your vet ASAP with the details of what happened. They will know how best to proceed in order to ensure recovery with no issues down the line.

In case you find a dead bird, you can either dispose of the body yourself (if it’s a common bird around the area), or contact your local authorities so they can dispose of it properly (if it’s a bird species that is uncommon in your area). This last point is important, because some birds are protected and their bodies can’t be disposed of as regular garbage.

In the meantime, don’t touch it with bare hands and avoid touching any open wounds (if there are some).

Try to take pictures of the carcass before disposing of it in order for researchers to learn more about the bird.

As long as you check a bird’s breathing, heartbeat, stiffness in the legs, and visible injuries, you’ll have a solid understanding of what happened. 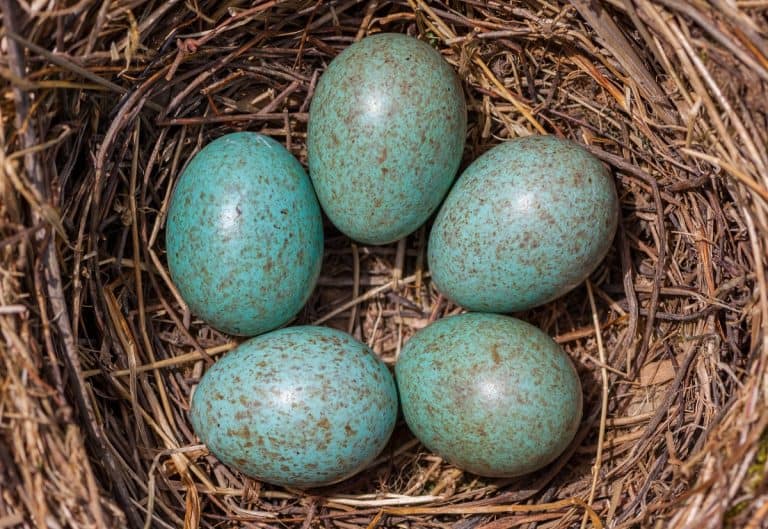 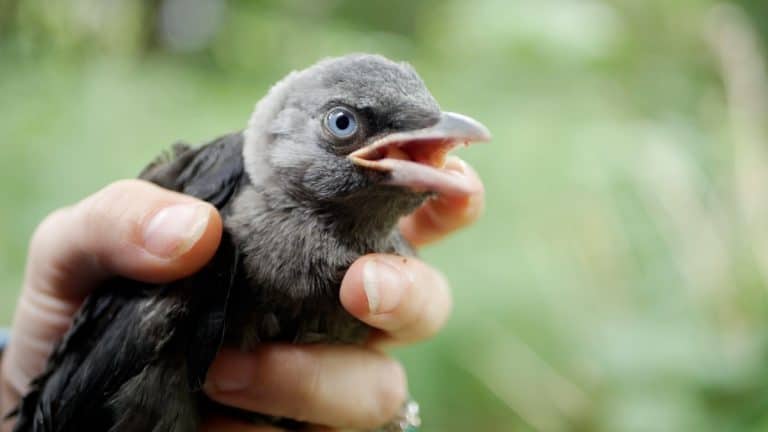 Ravens are fascinating creatures. They have a mystical quality about them that can seem otherworldly, which is why they’ve been the subject of so many… 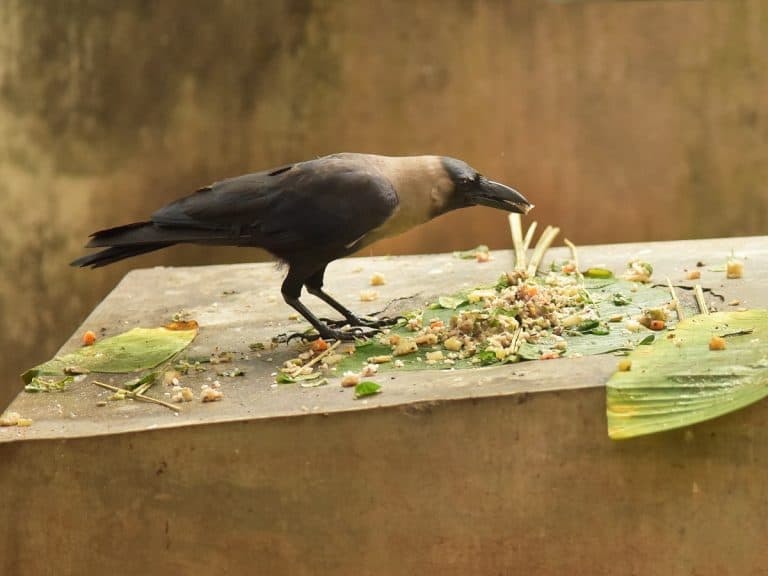 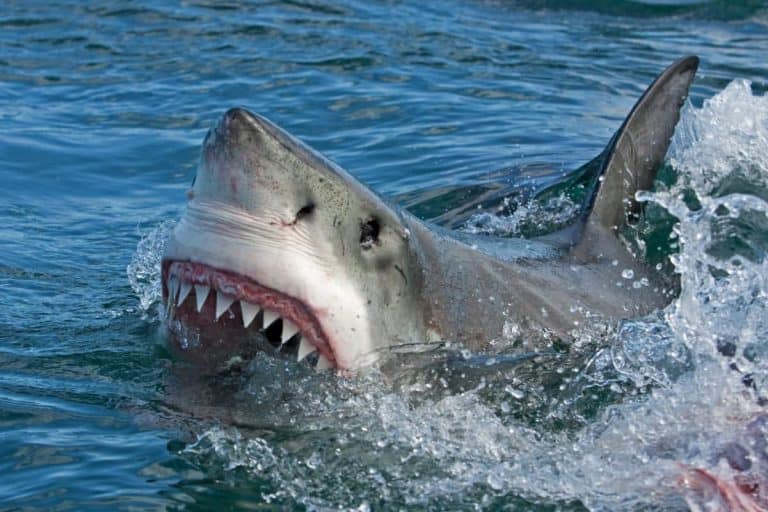 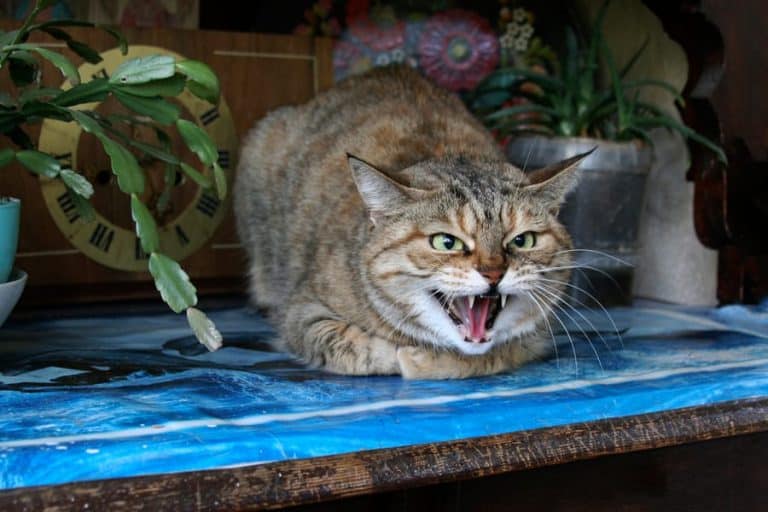 Next to dogs, the domestic cat (Felis catus) is among humans’ most preferred companion animals. Their owners often regard them as the “purr-fect” pets since… 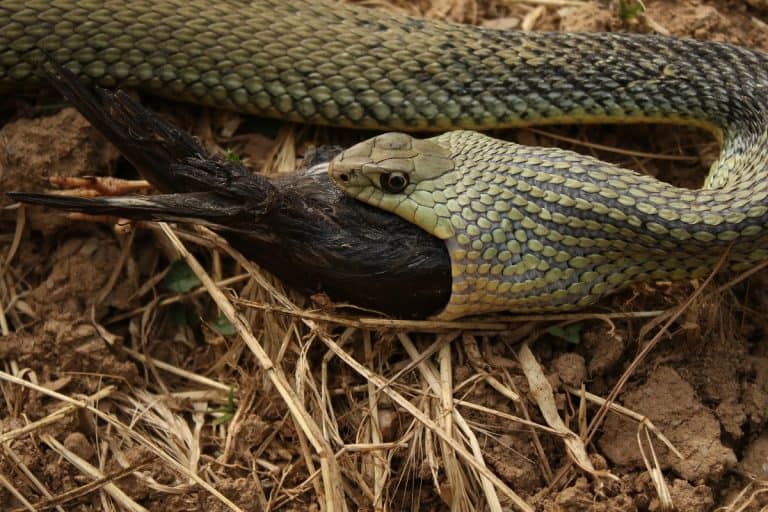 There are over 2700 species of snakes all around the Earth, and all of them, with no exception, are carnivores. Paradoxically to their carnivore menu,…