Typically, roaches are not insects you would want in your home. Indeed, they’re multiple-time recipients of the “most hated household pest” award. They’ve probably been squished to death more often than any other insects in the household. Regardless, these graceless arthropods can’t just help but visit our houses.

So, what brings them into our homes? Why do they keep coming back even when humans clearly despise them? Do they love us unconditionally, or do we have something they need from us? The general answer to these questions is that cockroaches frequent our houses for food. This leaves us with the pressing question of “what do cockroaches eat?”

We’ll be revealing the nutritional needs and habits of cockroaches to understand which food items attract them to our dwellings.

Cockroaches, or roaches as they are casually called, are hard straight-winged insects of the order Blattodea. Blattodea also comprises termites which are closely related to cockroaches.

The name cockroach was derived from “cucaracha,” the Spanish word for the insect.

Cockroaches may be regarded as generalized insects but they lack some special adaptations, such as sucking mouthparts, present in other insects like aphids. They’re also among the most simple existing members of the Neoptera insect group and about the size of a thumbnail.

These detested creatures possess a relatively small head with two long antennae, large compound eyes, and ocelli. They have a wide, flattened body divided into a three-segmented thorax and a ten-segmented abdomen. Typically, they range from reddish-brown to dark brown in color.

Other structural features observable in roaches are chewing mouthparts, four wings, and three pairs of legs. Their legs include spines that aid their locomotion on tough terrains.

Quick fun fact — Did you know that the spines of cockroaches’ legs inspired the human invention of robotic legs?

Cockroaches are thought to have originated at least in the Jurassic period following contemporary phylogenetic analysis. Likewise, one of the earliest fossils of modern cockroaches appeared in the early Cretaceous period. Today, there are about 4,600 cockroach species in the world.

Out of the 4,600 species of cockroaches in existence, 30 cockroach species are associated with human residences, where some of them thrive as household pests. This reality elicits the need to analyze the nutritional requirements and habits of these loathed insects.

The specific habitat of a cockroach strongly correlates with its food choice, making it vital to evaluate their habitats.

In this respect, cockroaches are among the most dispersed macro-organisms on earth, occupying a wide range of habitats. However, they’re more abundant in the tropical and subtropical regions.

Some cockroach species have developed mechanisms that enable them to survive in arid regions. Other species are well-adapted for aquatic life where they live in close proximity to the surface of water bodies.

More shockingly, cockroaches can tolerate extremely low temperatures. This advantage enables them to inhabit the Arctic. Namely, some species are known to survive temperatures of −122 °C (−188 °F) by synthesizing an antifreeze from glycerol.

Of the 30 species of cockroaches which reside in our dwellings, we’ll be citing some common household species, including:

The German Cockroach (Blattella germanica) is a small cockroach species commonly found in human lodgings. It was once thought to have originated from Europe, hence its name. However, it’s now known that they originated from Ethiopia.

The length of German cockroaches ranges from 1.1 to 1.6 centimeters. Meanwhile, their color varies from tan to almost black. A marked feature in their appearance are two dark, almost parallel lines that extend from their head to the base of their wings.

The American cockroach (Periplaneta americana) is the largest species of cockroach. They’re primarily brown with flattened and oval bodies. Despite their name, they’re native to Africa and the Middle East, though they may be found in the Americas.

Furthermore, American cockroaches are household pests that typically inhabit moist areas of the house. However, they could thrive in dry places if they have optimal access to water.

The Australian cockroach (Periplaneta australasiae)  closely resembles the American cockroach. Still, one may distinguish between both species by observing their size difference.

Notably, the Australian cockroach is smaller than the American cockroach. Additionally, the former has yellow margins on its thorax and yellow streaks on its side.

Since most household cockroaches aren’t well-adapted to live in cold environments, the Australian cockroaches prefer warm climates and live indoors during the winter. Again, they could be found in all tropical parts of the world, contrary to what their name suggests.

The Oriental cockroach (Blatta orientalis) is a cosmopolitan cockroach species that chiefly resides in damp areas. This behavior has earned the insect the alternative name “waterbug.”

Waterbugs are black or dark brown and glossy in appearance.

What does a cockroach eat?

Generally, cockroaches are omnivorous scavengers that eat both meat and plant-based diets. They’re opportunistic feeders and will consume any possible food source available to them.

In extreme situations, such as in famines, German cockroaches become cannibalistic, nibbling each other’s legs and wings.

These large, foul-smelling insects are omnivores, just like their “German” cousins. They consume almost anything you can call food, including milk, vegetables, sweets, cosmetics, and fermenting fruits.

You may have noticed odd holes in the clothes you kept in a cockroach-infested wardrobe. This observation may prompt you to ask:

These cockroaches also eat cardboard, book bindings, and paper. This disposition is made possible  due to their ability to digest cellulose.

Other unusual things they consume are glue and wallpaper paste.

The Australian cockroach has a stronger appetite for plants, unlike its relatives. However, this doesn’t mean they don’t consume animal-derived meals or organic materials, including decaying matter.

One may wonder if Australian cockroaches eat wood like their distantly-related cousins, termites.

Yes, though not in the same form as termites that consume and break down wood structures. Australian cockroaches feed on rotten wood and dead trees.

Oriental cockroaches exhibit a particular desire to consume debris, dirt, and decaying matter. These cockroach species are remarkably dependent on water. While they can survive for up to a month without solid food, these “bugs” will die without water.

Away from the pests, let’s take a look at the nutritional requirements and habits of pet cockroaches, particularly the “Madagascar Hissing Cockroach.”

The Madagascar cockroach (Gramphadorina portentosa) is a large cockroach species native to Madagascar. As their name suggests, they let out hissing sounds produced by the air leaving the spiracles on their fourth body segment. These cockroaches are usually kept as exotic pets.

What do hissing cockroaches eat?

How do cockroaches relate to other arthropods on a nutritional basis? Here’s their nutritional relationship with ants, bedbugs, and spiders.

Do cockroaches eat ants too?

While it’s pretty common to observe ants feeding on dead cockroaches, not enough evidence supports the consumption of living ants by cockroaches.

Bed bugs are equally despised household pests and may even outnumber the total available food sources in the home.

So, do cockroaches eat bed bugs?

Yes, they do. Cockroaches are among the significant threats bed bugs face as they may consume them in tremendous proportions.

Spiders are recognized as predators of cockroaches, but do cockroaches eat spiders?

Similarly to ants, cockroaches may consume dead spiders when given the opportunity.

Adaptations and Characteristics That Facilitate the Nutritional Mode of Cockroaches

As omnivores, cockroaches have evolved and developed significant structures and behaviors that support their extensive nutritional requirements and habits.

Some of these features include:

Nutritional Relevance of Cockroaches to Humans

Due to their nutritional needs, cockroaches invade human dwellings, consuming everything from pet food to clothes and leave an unpleasant odor.

Furthermore, they may indirectly cause diseases in humans by transferring pathogens from their body surfaces to human food. Cockroaches are also linked with allergic reactions in humans.

Cockroaches may also increase the population of other pests in the home by consuming the bait meant for the latter. In this light, you may notice cockroaches eating rat baits.

Concerning these realities, you may be required to spend a reasonable portion of your effort, time, and money to control the pests and subsequently fix the damages caused by their presence.

2. Cockroaches as a Source of Food for Humans

Additionally, cockroaches, such as hissing cockroaches, may be specially raised in farms to feed pets. They’re an excellent source of protein.

The thoughts of seeing cockroaches eating humans may seem ridiculous. Regardless, cockroaches may eat human flesh in times of extreme food scarcity.

These opportunistic scavengers have been observed biting humans and gnawing on their fingernails on sailing ships.

Similarly, there are some reported incidents of cockroaches that eat eyelashes.

Although the feeding habits of cockroaches  are often perceived as destructive, these insects provide ecological benefits by breaking down organic matter. Thus, they richly contribute to the sustenance of the ecosystem.

The nutritional requirements and habits of cockroaches is a broad topic since they feed on a wide range of substances. Despite this, we’ve attempted to apprise you of the food items that likely attract cockroaches to your home.

Hence, you may develop proper ways to safeguard your home to reduce the presence of these destructive, unwelcome visitors in your dwelling. 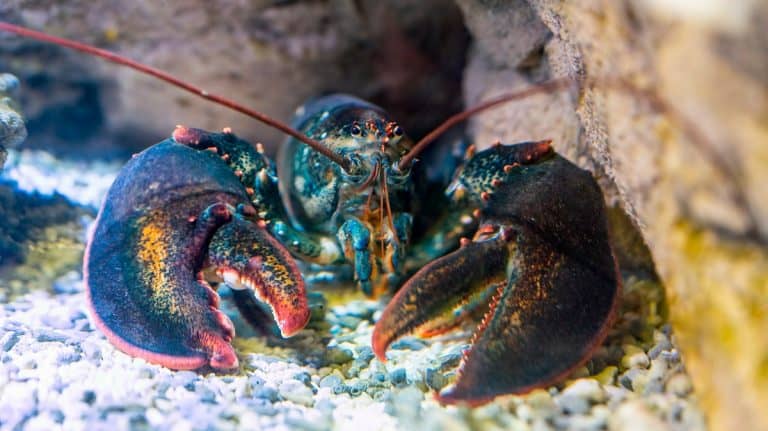 Lobsters are a type of crustacean, which is a group of animals that have jointed legs and a hard shell. Other types of crustaceans include… 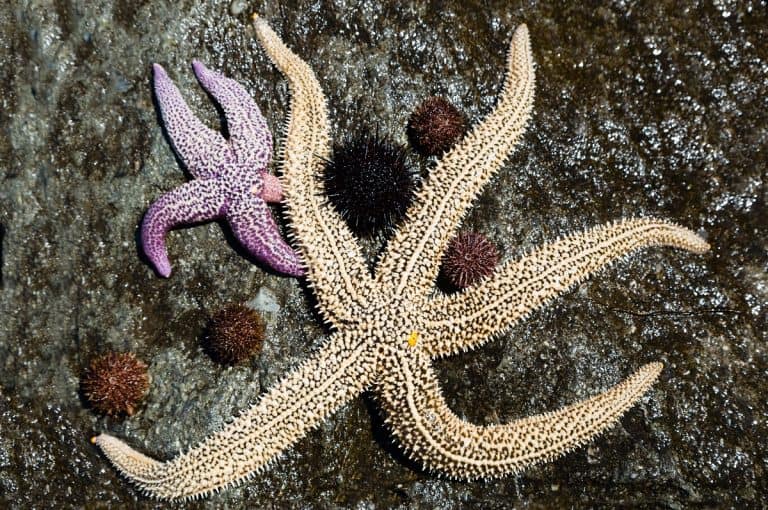 Starfish are invertebrates that live in the ocean and have a five-pointed radial symmetry. They are a very peculiar species. They don’t have a brain… 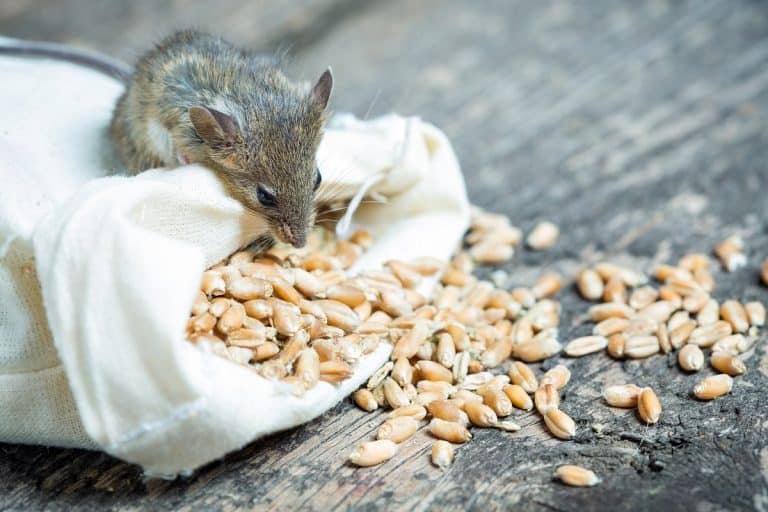 Rats are among the most familiar animals globally; you can find these vermin in the wild and human dwellings. In human residences, they’re notorious for… 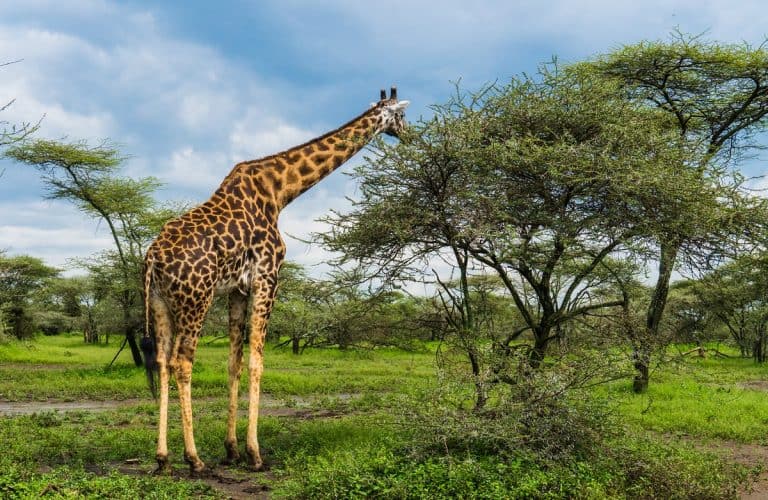 Giraffes are the tallest animals in the world, and they mostly live in Sub-Saharan Africa. These herbivore animals mostly consume leaves and buds. However, they… 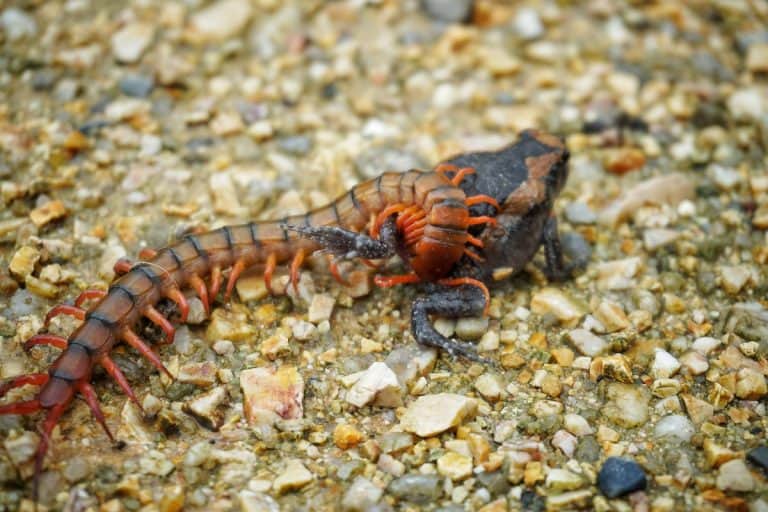 Centipedes aren’t exactly recluses. These seemingly hundred-legged invertebrates will frequently visit homes at the slightest opportunity, primarily to seek food. Now you may wonder, what… 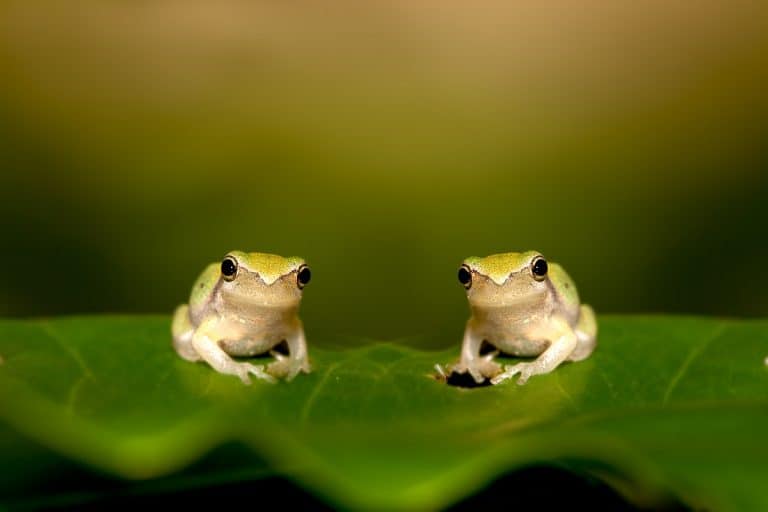 Frogs are sometimes found in our surroundings minding their little business of seeking insects that’ll serve as their dinner. Aside from their quite disturbing croaks,…