Rats are among the most familiar animals globally; you can find these vermin in the wild and human dwellings. In human residences, they’re notorious for ravaging food and property. Their tendency to invade cooked food and foodstuff, rendering them inedible, is one reason why these perceived pests’ nutritional habits are among the most discussed.

Rats may also be commonly associated with the word “pest.” On the other hand, some people raise rats as pets, providing care and food for them. Therefore, an adequate knowledge of their feeding habits is crucial to humans. This begs the question, “what do rats eat?”

To answer this question, we’ll present the nutritional habits of rats in this detailed guide. Overall, this piece will enable people to realize what foods are likely to attract rat pests, as well as the proper nourishment pet owners should offer their pet rats.

A Quick Reflection on the Biology of Rats

The word ‘rat’ commonly refers to various rodents of the family Muridae. More specifically, rats are medium-sized rodents belonging to the genus Rattus. These rodents originated from continental Asia and some islands of Southeast Asia but are now among the most widely distributed mammals in the world.

Some rat species, including the brown rat or Norway rat (Rattus norvegicus) and house rat (Rattus rattus), can be found in practically all human settlements.

Rats typically have a slender appearance. Their heads are pointed with relatively large eyes and delicate, furry ears. Additionally, their legs are relatively long and equipped with long, sharp claws. The hind feet of these rodents and narrow with hairless soles.

Furthermore, the soles of rats possess fleshy pads whose size depends on the specific species. Although the body size of rats differs from one species to another, most species weigh 95–240 grams and have a body length of 17–21 centimeters.

Their tails are typically about the same length as their body. However, some species have longer or shorter tails. Rat tails may appear smooth and bare, but they are lined with short, fine hair.

Although rats are chiefly nocturnal creatures, brown rats are active both day and night.

All rats are terrestrial, but some species, like the Sulawesian white-tailed rat, also exhibit arboreal characteristics.

Fun fact — Most rats can swim to a reasonable extent. Rat species with thick and wooly fur are commonly known to be good swimmers. In addition, some species are skilled swimmers that forage in aquatic environments.

In addition, rats are intelligent mammals and have been observed using complex methods to access food. These rodents have also been seen abandoning collapsing houses and sinking ships. The latter is perhaps the reason why traitors are sometimes dubbed “rats”.

Most species of rats are native to subtropical and tropical Asia. Their territorial range encompasses peninsular India, Southeast Asia, southeastern China, Taiwan, several islands in the Philippines, and Sulawesi.

Today, rats are found in virtually every region in the world inhabited by humans — an event influenced by human activities. For instance, the brown and house rats have accompanied humans in ships to different world territories.

The genus Rattus consists of 56 species of rat. Out of these 56 species, the brown and house rats are the most numerous and widely spread.

Here are some notable rat species:

Nutrition of Rats — What Can Rats Eat?

Principally, rats are omnivores that consume both plant- and animal-based diets. These mammals are commonly believed to eat everything. However, this only applies to the highly adaptable brown and house rats. It’s now understood that the food preference of rats depends on the species.

We’ll cover the nutrition mode and tendencies of the notable rat species mentioned above.

This rat species has grayish-brown fur, a conspicuously pointed muzzle, large ears and eyes, and a tail of almost an equal length as its body. Although indigenous to central Asia, they’re now found in many temperate areas of the world.

What Do Brown Rats Eat?

Brown rats are omnivores. These rats can eat almost anything digestible. Still, cereals make up a significant part of their diet.

They also feed on animal feed, such as leftovers from bird feeds, bird eggs, snails, mussels, and shrimps. 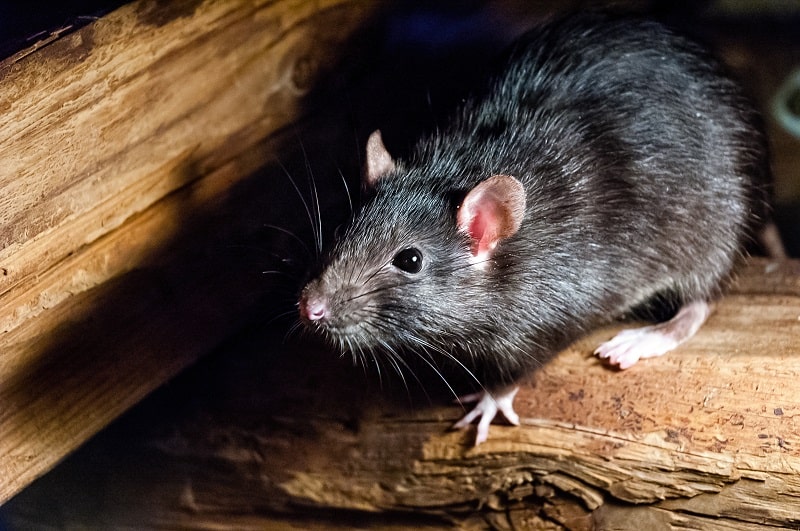 The house rat is a medium-sized rat that primarily dwells in coastal areas and other human settlements like large ships. Thus, it’s also called ship rat.

This species of rat is black with a somewhat lighter ventral body. It has relatively large ears, and its tail length almost always exceeds its body.

Additionally, house rats are found in all continents of the world, but they’re likely indigenous to India and other Indo-Malayan countries.

What Do House Rats Eat?

Although house rats are omnivores, they prefer a vegetarian diet. They chiefly feed on fruits, cereals, grains, and other plant-based food. These rodents also eat insects and other invertebrates. Typically, house rats consume 15 g of food and 15 mL of water per day.

Hoffman’s rat is a rat species indigenous to Indonesia. They’re predominantly found on the island of Sulawesi. These rodents also inhabit the Togian island.

It’s a rainforest species with the body size of most rat species — weighing 95–240 grams and 17–21 centimeters long.

What Does the Hoffman’s Rat Eat?

Unlike its omnivorous relatives, the Hoffman’s rat only feeds on fruits and their seeds.

The Sulawesian white-tailed rat is a rainforest rodent native to the island of Sulawesi, Indonesia. This rat measures 19–27 centimeters in body length, and its tail length ranges from 26 to 34 centimeters, making it one of the largest rat species.

What Is the Food Source of the Sulawesian White-Tailed Rat?

Like the Hoffman’s rat, the Sulawesian white-tailed rat exclusively eats fruits and their seeds.

The rice-field rat is a medium-sized rat species in Southeast Asia. This rodent has griseous yellow-brown and black fur.

They possess a chisel-like incisor, and the females of the species have 12 mammae. As their name suggests, rice-field rats are major vermin in areas with rice fields.

What Constitutes the Diet of Rice-Field Rats?

Structures and Characteristics That Facilitate the Feeding Habits of Rats

Specific structures and anatomical features enable rats to consume many food sources. Some of these include: 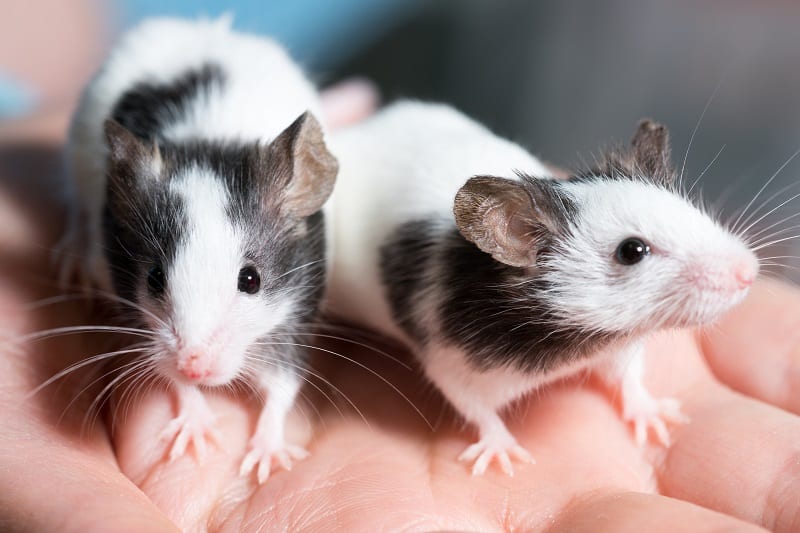 Some people have domesticated rats as pets. The rats commonly kept as pets are fancy rats, a domestic kind of brown rats (Rattus norvegicus). They usually have exotic colors like blue, silver, white, and cinnamon.

They’re intelligent, friendly, and less aggressive. Pet rats aren’t as prone to transmitting diseases as wild rats, but they may contract parasites if they’re exposed to their unruly relatives. Therefore, pet owners are urged to take their pets to a veterinarian regularly.

Pet rats are generally simple to look after, loyal, free, and easily trained. If they’re subject to good health conditions, they usually live for 2–3 years.

Fancy rats are typically sold by breeders and in various pet stores.

How to Feed Fancy Rats

Nutrition is crucial in pet rats as it reduces health risks and enhances their life span. Like their wild relatives, fancy rats are omnivores. Hence, they require both plant and animal food sources.

What Do Pet Rats Eat?

Pet rats eat various foods. You can offer them fresh fruits and veggies and small quantities of healthy rat cubes or rat pellets. Essentially, pet rats require a diet of at least 16% proteins and 4–5% fats.

Some fruits and vegetables suitable for fancy rats include:

Pet rats should also be given clean, fresh water to prevent salmonella and other microbe infestations.

In addition, you can also provide the following items to your fancy rat in small amounts as treats:

Food items you shouldn’t consider giving to your pet rats include:

Rats are among the most loathed and persecuted creatures due to their destructive tendencies. One cause of this inclination is their voracious appetite. The following section assesses the pest propensity of rats.

They usually spoil and render human foodstuff unappealing or inedible. For example, the brown and house rats ruin food with their excreta.

Rats are notorious for destroying properties as they gnaw through various materials while seeking food. They kill and eat poultry causing significant loss to poultry farmers.

Rats can eat through metals, such as aluminum and tin, with their sharp, ever-growing incisors.

Additionally, these vermin may kill pets, chew clothes, ruin wood, and eat books when they’re hungry. Rats have also been known to chew through car wires when they enter vehicles. Crops and livestock are not spared, as these rodents are known to cause devastating damage to plantations and affect poultry stocks.

Rats are the vectors of numerous diseases that plague humans. These rodents carry various parasites, which they may transmit to humans when they consume food that has been previously chewed by rats or contaminated with their fecal matter.

Notably, the house and brown rats have been involved in the transmission of 40 diseases known to humans, including:

Rats also transmit diseases, such as plagues, to pets when they have contact with them or their food.

Rats are consumed as food by various people. Their meat is sold and eaten in Vietnam, the Philippines, Spain, Taiwan, and China. Additionally, rat stew is a local delicacy in West Virginia.

Rat-on-a-stick is a food or treat in Vietnam and Cambodia prepared by putting rats on sticks and roasting them. Historically, wealthy people in Britain and France ate rat pie.

Since rats carry a lot of disease-causing organisms, including coronavirus, their meat is only safe when prepared in a specific and thorough way.

You may wonder what rats you can eat. People typically consume rice field rats. Additionally, the Sulawesian white-tailed rat is hunted and eaten in Indonesia.

People who own pet snakes also offer them rats as food.

The nutritional habits of rats are relevant to various group of individuals, including the everyday people, farmers, pet owners, rat breeders, and scientists. Households ravaged by rats’ destructive feeding habits may opt for appropriate pest control methods to keep the vermin at bay.

Their diverse diet, intelligence, and adaptability make rats one of the world’s top survivors, and contribute to their incredible range.

Yes, rats can and will eat bird seeds spilled from the bird feeders by birds.

Again, these rodents exhibit a population-specific foraging behavior that differs by food source and environment.

Yes, brown rats eat birds. They also eat mollusks and other food sources in urban settings, such as food scraps from homes and diners.

In the wild, rats have been observed eating dead nest-mates. This action is mainly a survival mechanism as the smell of their dead “comrades” may attract predators to their territories.

Yes, rats eat cheese. Yet, it’s not their favorite food. They consume it like any other food type.

Though it seems rats eat dog poop, these rodents are actually attracted to dogs’ fecal matter because of the food bits they may contain.

Yes, rats eat tomatoes and reduce the amount available for human use.